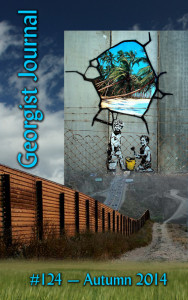 Rent — or Tax? Radical Land Reform by Its only Realistic Route — Shirley-Anne Hardy

The Persistent Importance of Land in the Irish Psyche — John Engle

By the Way: Land Is More Important than Money — Lindy Davies 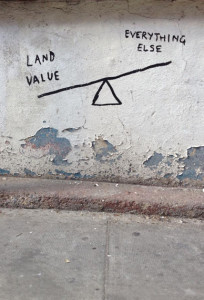 I have likened labor to a man beset by a series of robbers, because there are in every country other things than private property in land which tend to diminish national prosperity and divert the wealth earned by labor into the hands of non-producers. This is the tendency of monopoly of the processes and machinery of production and exchange, the tendency of protective tariffs, of bad systems of currency and finance, of corrupt government, of public debts, of standing armies, and of wars and preparations for war. But these things, some of which are conspicuous in one country and some in another, cannot account for that impoverishment of labor which is to be seen everywhere. They are the lesser robbers, and to drive them off is only to leave more for the great robber to take.  — Henry George