Resistance to a fair new idea goes through these stages: “First they ignore you, then they ridicule you, then they fight you, then you win.” — or so Gandhi supposedly said. Most proponents of change have experienced being ignored and ridiculed. But few advocates of public revenue reform know the extent of the opposition to replacing indiscriminate and counterproductive taxation with the public recovery of the socially-generated values of land and other natural opportunities. 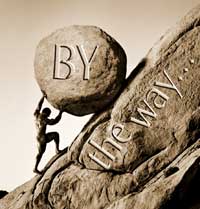 Opponents to the social sharing of natural values in lieu of conventional taxing-and-spending include both middleclass homeowners and the economic elite of society. In Brazil and elsewhere in the Third World, latifundistas murder land reformers with impunity.

In the past, large concentrations of land were broken up by a tax on land value, which impelled owners to sell of their excess, and at prices that poor farmers could afford. Despite the tax’s power to do good — to spread owner occupancy — the idea, its best known articulator, Henry George (1837-1897), and his followers have been cheated, even persecuted.

1) Before George, an idealistic physiocrat, Bernardino Rivadavia, won the presidency of Argentina and, in 1826, tried to shift all taxes landward. He got booted out of office by the army for his efforts. Later, they let the popular leader back in, but he didn’t try tax reform again.

2) Probably Henry George won the 1886 election for mayor of New York City but was cheated out of his victory by Tammany Hall machinations. Years later on his death bed, Boss Crocker, a Catholic, confessed to tossing both George’s ballots and a few of his poll watchers into the East River.

3) One of George’s biggest backers in the mayoral race was the wildly popular priest, Fr. Edward McGlynn, who was excommunicated for his efforts by the hierarchy of the Roman Catholic Church, the biggest landowner in the world.

4) Land is the voiceless factor. Unlike labor and capital, it has been written out of the economics discipline after a concerted effort in the late 1800s, funded by the barons of oil and railroads. The field has been dysfunctional ever since.

5) Alfred Nobel, the inventor of dynamite, left no money for a prize in either economics or mathematics. Despite Nobel’s snub, mathematicians went on to create their own honorarium, the Field Prize. Meanwhile, the biggest global banks created and funded a prize to acknowledge an economist and to be presented at the same time as the true Nobel prizes. Hence many now think of economics as a science, on par with medicine and physics. Nevertheless, the laureated economists cannot accurately predict, and prediction is the acid test of science. In the mid 1990s, two Nobel laureate economists, Myron Scholes and Robert C. Merton, nearly brought down international finance by persuading so many of the rich and powerful to invest in their hedge fund, which promptly went broke.

6) In Mexico, after their revolution against the landholders and their president, Diaz, all sides agreed to let American-educated Francisco I. Madero hold the highest office (I am photographed by his statue outside Puerto Vallarta eventho’ present day Mexicans do not know his importance) whose intended reforms included the shift of taxes landward. He was assassinated by an army faction supplied by the US. (During the previous Mexican revolution, the one against French-installed Emperor Maximillian, the US sequestered in San Francisco harbor a boat of supplies for Mexican rebels, which had been organized by a group of officers that included Henry George.)

7) In England, the last act of political power by the House of Lords was to vote against the land tax in Lloyd George’s budget. To vote that day, noblemen were wheeled in from their castles that make up the Looney Belt surrounding London, the homes of dukes and earls enfeebled by so many generations of interbreeding. Before the bill could be considered again, Great Britain plunged into war against Germany. Proponents of a tax on land agreed to hold off making any major changes that might destabilize the war effort. The war also reversed similar reforms in Germany.

8) In Russia, after their revolution against the landholders and the Czar, the first leader of the provisional government was the democrat Kerensky, whose intended reforms included the shift of taxes landward. He fled the country to avoid being assassinated. Ironic that early last century, three large nations were on the verge of trying Georgism. In prewar Germany, several cities were already taxing land instead of buildings. But war (supposedly motivated by other interests) interrupted in every case.

9) When Georgists managed to get the shift of taxes landward on the ballot in the state of California early last century, you could not walk into any bank without finding free propaganda against the initiative.

10) In Spain, Franco killed more people after the Civil War than were killed in the war. On his death list were the physiocrats and Georgists who stood a good chance to make a difference in a city like Barcelona where other radicals had enjoyed success.

11) To discredit Pittsburgh’s success of the 1980s, the local real estate lobby paid for a report whose conclusion dissed the tax on land value but whose main body acknowledged that it had worked.

12) Fred Harrison writes that after the Iron Curtain fell, Russian economists organizing a conference on the third way invited American economists over to tell them about the theory that Gorbachev had read about in a letter from Dr. Nic Tideman — and the Yanks accepted. However, after a call from the US State Department, they all changed their minds and said if ever questioned by the press, they would deny having been pressured.

Mid last century, a high level American government official is reported to have told a well-placed Georgist who has since passed on that his elite class felt they could always contain Marxism because it doesn’t work – but secretly worried about Georgism because “that was the one reform that had teeth in it.”

Editor’s Note: When pressed for citations for the provocative tidbits presented here, the author said he’d love to provide them, but he couldn’t, because most of them had been presented, unattributed, by various colleagues. Citations are always worth having. Can our readers help us to document the information presented here? — L. D.