I occupy an odd political niche in my family. My Dad, who has always been a take-care-of-business Republican, has moved further to the right now that he is retired and has more time to listen to the radio. On the other wing, my father-in-law has used his retirement to delve more deeply into Socialism. He believes that capitalism is in its decadent twilight, and the only answer is an international movement of the working class. “But you don’t have to worry,” my wife teases me, “You’re a Georgist; nobody knows what you think!” Her politics is at the local level, where she is creditably involved as a School Board member. She shoves in an old Star Trek tape whenever the President comes on, though; national politics gives her hives. 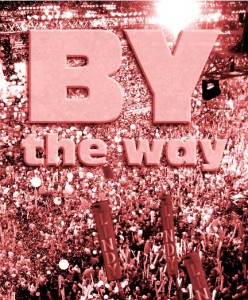 For what it’s worth, here is where I stand on the issues:

National Defense. I’m for it. Seriously: my Administration will open a big can of whup-ass on anyone who invades these shores. I would, however, abolish the Department of Homeland Security. Seems to me the Defense Department ought to be able to secure our homeland. Too many resources have been wasted on National Offense. I would cancel the bunker-busters, mothball the Carrier Battle Groups and stop payment on the new fighter planes. The fighter planes we had in 1980 outperform any planes anyone else has built since then; let’s just keep ’em in good working order, and kick butt.

I would give back the latest heap of “emergency military funding,” expending only what is necessary to implement the immediate withdrawal of all of our troops (and all of our idiot contractors) from Iraq and Afghanistan. I mean everybody, out: now. Enough already. If they want us back, they’ll invite us.

While we are on the subject of National Security: I would immediately forgive 100% of the international debt of every nation classed by the IMF as a Heavily Indebted Poor Country (HIPC). Don’t kid yourselves: the USA has the power to do that. Would that not bring a powerful fund of goodwill our way? Dollar for dollar, this is the best anti-terrorism initiative I can think of.

My next anti-terrorism initiative (we’re still on the issue of National Security, by the way) is my Energy Program. This has many aspects; space permits me only to list a few of the coolest ones:

The EZ-pump program. Bar-coded inspection stickers will register the MPG rating of each vehicle, verified by timely inspecations. These will be scanned at the gas pump, and your price of fuel will be increased in proportion to your vehicle’s guzzle quotient.

Public transportation. Subways, commuter trains, Amtrak and energy-efficient buses will receive lavish infusions of Federal support. We’ll send a clear message: If you want the Pork, you must conserve energy.

Micropower. Many of the feasibility issues about alternative/renewable power sources become much more tractable when applied on a single-family basis. It’s not the whole solution, but economies of scale can make small, local wind, solar or fuel-cell generators viable. I propose a surcharge on grid-based power, higher when it comes from fossil-fuel sources, the proceeds to go into micropower R&D.

Inspiration. Who can forget JFK’s stirring declaration, “We choose to go to the moon…” I will be equally passionate about our National Goals of conservation and clean, renewable energy.

Tax Reform. Well, everybody agrees that we need it, right? My administration will settle for nothing short of the Full Monty: complete elimination of taxes on wages and sales; full collection of the rental value of natural opportunities. If that sounds zealous, so be it. It’s time America came to grips with the truth: nothing else will work.

The Government. You free-marketeers out there who thought you could count on Lindy Davies to implement a teeny-tiny, Gingrichian federal government: It ain’t me you’re lookin’ for, Babe. As our tax reforms begin to take effect, the overall prosperity they engender will reduce the cost of social-welfare at the federal level. But until we make it to the promised land, we’ll need such programs as:

Social Security. Not privatized. By the time the old trust-fund model dries up, we’ll be living in Geotopia and will no longer need it.

Health Care. As Nobelist William Vickrey forcefully stated, the private insurance model is a vicious circle, inherently wasteful and irretrievably tilted toward unfairness. We’ll start with Single-payer on the Canada model. As with Social Security, by the time the problems of that system start to come back to bite us, our overall prosperity will leave us much better-equipped to explore alternatives.

Education. I’m hoping that our abolition of sales and income taxes will take some of the teeth out of the local property-tax-revolt, and therefore the funding base for public education will be a bit sturdier. But, Utopia isn’t built in a day. In the meantime, our draconian slashing of the military budget will free up funds for making sure that schools can afford to hire librarians, guidance counselors and music teachers.

I also propose that one Natural Monopoly remain the permanent responsibility of the national government: Basic Research. The patent system is a dinosaur that deserves extinction. Companies are free to work on stuff, of course — but basic research in every discipline will be Federally funded. Existing patents will expire on an accelerated schedule. New products will be in the public domain.

I think you’re getting the gist of my candidacy. Let me make four more quick proposals and then let you go:

Immigration. A stable and prosperous Mexico is our best immigration policy. People might still want to come here, of course, and I wouldn’t stop them. Our rising tide will float their dinghies. At the same time, I would urge our neighbors to the south — as well as all those newly debt-free nations of what may now actually become “the developing world” — to examine our single-tax policy for themselves. It’s how the global economy can stop racing to the bottom.

Prisons. The sheer number of incarcerated citizens, and the utter inability of the prison system to achieve anything but parasitical growth, is a national shame. I would address the situation on many fronts, including the legalization of “recreational drugs,” repealing/outlawing absurd “three strikes” rules, and provision of adequate education, counseling and substance-abuse treatment for the entire prison population.

Suffrage. Government policies disproportionately affect children, and they have no say in the matter at all. I would propose an amendment to the US Constitution lowering the voting age to 12. People will say the kids won’t understand the issues, but since when have American adults understood the issues? Across this great land of ours, fifth grade curriculum could be implemented to get the kids ready. They’d love it — and, who knows, the process might even jolt a few of their zombified parents into awareness. 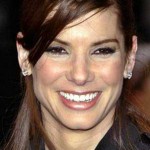 The United Nations. I would immediately pay, with interest, all back dues owed by the United States, and I would appoint Sandra Bullock as Ambassador. I know she may need to grow into the job, but we’ll get her a qualified staff — and hey, if Ronald Reagan could manage as President, I’m sure Sandy can handle this.