When the fanfare and posturing of the 15,000 Copenhagen climate change conference delegates finally died down, the parting conference communiqué announced — luckily — nothing much.

Governments sheepishly pronounced that while climate change is a critically important problem, the cost of action is prohibitively high, and that it would require additional job-killing taxation and massive transfers of wealth to poor countries, none of which their respective taxpayers would accept. The heads of state positioned themselves on the fence between the climate change defenders, who pleaded this would be money well spent, and the skeptics who insist climate change is a non-issue, and announced that inaction was the economically responsible choice.

Climate change is no longer a theory; it is a scientific fact, a looming catastrophic planetary disaster of unimaginable consequences. And while science confirms that inaction is not an option, the political reality is that increased taxation on the productive economy won’t be tolerated. None of the current panoply of climate change players — defenders, skeptics and governments — entrenched in their respective dogmas, has been able to develop a viable economic strategy to address this crisis. 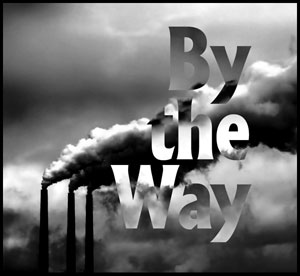 But an economic program to address climate change does exist — one that does not include additional taxation, government expenditures or wealth transfer to poor countries.

Climate change can and should be addressed, at zero cost to taxpayers, by using the tax structure as a policy tool, i.e. tax shifting — untaxing jobs and business and up-taxing resource use, land values and the privilege of polluting. Green tax shifts are revenue-neutral and cost governments nothing. In fact they benefit the economy by rewarding resource-efficient, clean production which is generally wealth-producing and job-intensive.

A revenue-neutral carbon levy would offset income taxes and still maintain the government income needed to fund services like health care and education, plus help reduce pollution-related health care costs and address climate change. Taxing carbon will encourage a greener economy by raising the cost of production in polluting industries — by charging users a more accurate environmental cost — and eliminating the deadweight loss of taxation on local, sustainable, labor-intensive production. The reduced income and sales taxes will decrease the cost of production in non-polluting industries; the new green-collar jobs replacing jobs lost in dirty sunset industries.

Carbon taxes, like all resource levies and land value taxes, don’t damage the economy since they don’t raise the overall cost of production. In fact, they are not taxes at all, but fees that collect only the economic rent that accrues to finite, non-replicatable assets — unearned wealth that is generated by the community in the first place, and should thus return to the community (via the government) to finance services and infrastructure.

When there is more profit in monopoly control of finite resources (like oil, trees, land and water) than in the production of goods or services, money is “invested” in natural resources rather than in enterprises. It is politically difficult to reduce greenhouse gas emission when it is more profitable to invest in oil and coal than in renewables or conservation. Therefore, an economic program that collects the economic rent on oil and coal levels the playing field with renewables and conservation (which don’t generate economic rent). Furthermore, too much money chasing finite assets like land, oil and other resources, inflates prices, ties up cash, causes unemployment which forces central banks to reduce interest rates creating cheap money, which in turn fuels speculative bubbles which ultimately must deflate, causing recessions.

Moving the source of government revenue off personal incomes and business profits and onto levies and fees on the use (of oil, coal, gas) and abuse of the global commons (methane, CO2) should become policy whether climate change is a reality or not, because of the parallel benefits including more jobs, a more prosperous economy, less sprawl, more walkable neighborhoods, increased economic viability of local food and clean energy, resource conservation, nature preservation, less poverty, and fewer preventable diseases like asthma, cancer and diabetes. There will be winners and losers, but since the higher resource costs are offset by reduced labor costs business can avoid taxes by going green.

Poor countries can address climate change with green tax shifting as readily can rich countries; they have no need for the transfer of hundreds of billions from rich countries. As well as reducing greenhouse emissions, economic rent recovery will benefit poor countries by breaking up land and resource monopolies, allowing all citizens access to the gifts of nature which will kick-start business and value-added employment, reducing poverty.

British Columbia was the first jurisdiction to roll out a revenue-neutral carbon tax with the revenue going back to the public in the form a low-income tax credit, reduced personal income taxes and lower corporate taxes.

Addressing climate change is more than an environmental necessity. It is also an economic opportunity. Carbon levies, when applied early and fairly, encourage innovation, efficiency and alternatives. When coupled with the right regulations, they provide a total package for a solution to the climate change crisis. Every economic decision is influenced in part by the tax system, so if we get the taxes and regulations right, the market will take care of the rest.

This policy program builds bridges between climate change skeptics and defenders, between business and eco-activists, by offering a win-win, fiscally-responsible, politically-attractive market mechanism which addresses climate without additional taxes, unfair subsidies or punitive compliance legislation. This program makes sense for both rich and poor countries regardless of the real or perceived climate change threat. And, it would avoid the need for future international climate change agreements. The intrinsic rewards would be sufficient for each nation that adopted the reforms.

One thought on “Addressing Climate Change Without Cost”