I recently read a fascinating article which stated that sugar and its associated fermented commodities (i.e., rum) gave birth to colonial rule on a global scale. The thesis offered much of interest, but there was a gap in its conception of how globalization arose. The writer admitted that “if the people who work the fields had any measure of control over the land they worked, they would be growing food to eat, not luxury stimulants for others.” That is, at the base of the whole ugly edifice of globalization lie the strictures placed upon the mass of people in their relationship to the land: they may work it, but only at the behest, and the direction, of the landed overlord (literally, the “Superior,” in our legal terminology here in Scotland).

Therefore, in the writer’s next paragraph, where he states that today “the primary mode of domination has shifted to subtler instruments of global capital, such as the International Monetary Fund, the World Bank,” I must place a question mark by the word “primary.” It may appear so, but in reality, not one whit has it shifted. Domination’s foundation is, and forever remains, the original dispossession of the people from their land. We are so used to turning a blind eye upon this foundational scenario, so trained not to notice it, that we just do not see it any more. This does not alter the fact. For it is upon this foundation that the whole gamut of these “subtler instruments of global capital” took — and take — their ascent.

The historical process is clearly traced for us by the early 20th-century American, Gustavus Myers, in a fascinating volume entitled History of the Great American Fortunes. Although he was a contemporary of Henry George, it seems that Myers was innocent of any knowledge of his countryman’s work, and knew nothing of the Law of Rent. He simply records what he saw unfolding before his eyes, as these American fortunes built themselves up from their first foundations — the incomparable fortune-building foundation of land monopoly! His book needs digging out from libraries again, since it shows us so exactly whence arose these industrial giants, whose masked faces it is we find greeting us once more in the global commerce and banking scenarios of today.

Underpinning this whole global business there is, naturally, a distinctive political philosophy. Let us examine this as we get it straight from the horse’s mouth: the evidence given before the Native Labour Commission, Kenya (under British rule), 1912-13. “Settler after settler came before the Commission and demanded in the most precise terms that the natives should be forced out of ‘Reserves’ to work for wages, by clearing their land so that they should have less than they could live on. Lord Delamere, himself owner of 150,000 acres, said: ‘If this policy is to be continued that every native is to be a landholder of a sufficient area on which to establish himself, then the question of obtaining a satisfactory labour supply will never by settled’.” (From “A Lesson from History”, by W.R. Lester, Progress, Australia, July 1992.) Those who desire a “satisfactory labour supply” are, of course, those who possess big reserves of land and capital with which to employ it, on their terms.

Let us not be naïve enough to believe that this political philosophy was born of colonialism. Good heavens, no! Britain was simply transferring to her colonies that practical political philosophy by which she (her ruling elite that is) had already successfully dispossessed her own people of their land well before, through such measures as the enclosure of the commons — and the more recent Highland Clearances. Even that arch-enemy of capitalism, Karl Marx, ultimately came to see that “the root of all capitalist exploitation is the expropriation of the peasant from the soil” (though this later conclusion of his is naturally not to be found in the generally circulating editions of Das Kapital) Here is how another brilliant 20th-century American writer, A.J. Nock, sums it up: “Expropriation must precede exploitation. There is no other way to make the political means effective.” (From Our Enemy the State, a slim but terrific volume, and another that needs rescuing from a long oblivion.)

No other way! What other way, indeed, could there be? For although crude shackle slavery was outlawed in America in the 19th century, just as in Russia there was a much-trumpeted freeing of the serfs, there was nought for either these landless ex-slaves or ex-serfs to do but virtually to sell themselves back to their former masters for a job at any price. And just to increase their woes, these former masters now wielded major power over capital as well as land. The following illuminating passage is from Gustavus Myers: “The inevitable rule… has been to utilize the surplus revenues in the form of rents [i.e., what was not required to allow these landowners to live in idleness and luxury] “in investments in a great number and variety of corporations. Thus [they] finally became not only great landlords, but sharers in the centralized ownership of the country’ s transportation systems and industries.” Note the word “centralized.” What, then, are the global reaches of industry, commerce and banking today, but merely the inevitable and logical extension of these same avidly centralizing powers, based on land-robbery?

The forces of globalization will never be defeated until we cease our fixation with what appear to us as the World Bank, transnational corporations, and so on; and recognize these 21st-century disguises for what they are: simply the more sophisticated masks of that same savage force of land-grabbing and dispossession which has been operating on this planet for centuries, and for centuries making the children of Gaia its slaves. It is time we ended our fascination with what are merely the outward trappings of the one unchanging, all-underlying power; time that we discerned the essential nature of these cunning overlords who are now operating a global economy. For their power will be dismantled only when its false basis is understood.

The Roots of Power

Even Leopold Kohr, as he ponders Hitler’s rise to power in his otherwise splendid Breakdown of Nations, does not see where it all springs from. It is left to the Austrian Bruno Heilig, a leading journalist of his time, to tell us. Heilig, as foreign editor and correspondent of newspapers in Austria, Germany, Hungary and the Balkans, saw and recorded Hitler’s drive to the top, and subsequently survived Dachau and Buchenwald to write his grim account, Men Crucified.

Heilig wrote, “The Nazi regime is not Hitler’s, the man’s, achievement. Nazidom has grown organically out of a rotten democracy, and the rottenness of that democracy is the natural consequence of unequal economic conditions; and unequal economic conditions obtain all over the world owing to the instituted private appropriation of the rent of land. Therefore every country is potentially a Fascist country…. The private appropriation of the rent of land is the deadly enemy of mankind.” (from Why the German Republic Fell) 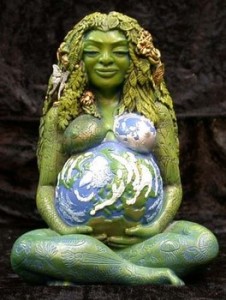 Do we see Fascism on the rise again today? Then let us note. We have been warned.

Later in the article about the sugar economy, (from which I learned so much of interest), is the statement: “Resistance takes place on many planes…. The cumulative choices we make about food have profound implications.” While giving that statement its full due, and honoring the writer’s clearly remarkable journey in restoring his health, it must be said that, to the dispossessed of Scotland, this ground for resistance would appear too restrictive by far. We want our land back! (And perhaps, in view of Heilig’s warning, this is just as well.) As our own forebears taught us (as did Heilig and Henry George), this means doing away with that “deadly enemy of mankind… the private appropriation of the rent of land.” For it is from this, the false privatization of the land rents, allowing in turn their phony capitalization, that power over land first originates, with all the subsequent phony global empires constructed upon that original, phony basis.

We need a general awakening to the absurdity of today’ s scene, wherein a limited clique of human beings buy and sell to one another outright, once-for-all titles to the earth, this earth which none of us made, and which is a mystery beyond the knowing of any of us. How can any one of us possibly have a title to the earth above that of the poorest peon surviving in a shanty town?

Such grabbers of a dismembered Gaia we have for too long deified, through laws of land tenure which set them above moral law. Now, amidst today’s planetary destruction, we can no longer afford not to recognize the infantile state of our development which such laws reflect. Nor can we continue to “pass by on the other side” our desecrated Mother.

We may protest for all we are worth about the commoditizing of the Earth and its resources, but until we achieve the quantum mental leap that will bring us to examining and questioning the foundation of today’s titles to land, we must remain ourselves — permaculturists though we be — partakers in that on-going, relentless destruction of Gaia which continues throughout every moment of every day.

This article originally appeared in The Permaculture Activist

One thought on “The Rise of Globalization”