I have in my possession the transcript of a conversation between one of America’s leading master city wreckers and a young apprentice city wrecker, which I am making public for the general elucidation.

Master: What have you accomplished today?

Apprentice: I broke a window, I spray-painted some graffiti, and then I showed a couple of twelve year olds how to hot-wire a car. 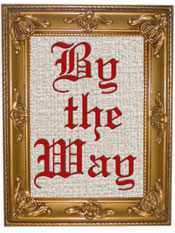 Master: You’ve certainly been hard at work, but making our fair city uninhabitable by committing minor nuisances like that is like bailing out the ocean with a teaspoon. I spent some time talking with a couple of city councilmen about taxes.

Apprentice: Hmm. Are we, like, trying to cut taxes so they’ll have to lay off cops and teachers, or trying to raise taxes to drive people out of town?

Master: Either strategy has its merits, but the mark of a real pro is knowing how to combine the advantages of both. You see where someone is adding a room to his house, and doing some landscaping, too?

Apprentice: Yeah. You want me and some homies to burn the place down?

Master: Better not. The police do not appreciate our noble cause, and there might be witnesses. But we’re still going to teach that guy a lesson.

Master: We’re going to hit him in the wallet. Once he improves his home, his property tax goes up. He’s going to be spending almost as much to pay the taxes on that addition as he pays the bank in interest on the cost of building it.

Apprentice: I think I see, boss. So we gotta fight any attempt to cut the property tax.

Apprentice: I don’t get it. Doesn’t that mean those bastards get away with fixing up houses and stuff?

Master: Heh, heh. That’s what they think, but it’s our job to know better. Cut the property tax, and local governments make up the money by raising income and sales taxes.

Apprentice: What’s so great about those?

Master: For a start, people have to spend their hard-earned money to pay them. I have a special soft spot in my heart for the sales tax, which started catching on in the Jim Crow states during the Great Depression.

Master: You could look it up. But we must not be blinded by sentiment; these taxes are also very practical. Local income taxes encourage the productive to live and work elsewhere; sales taxes mean people go shopping elsewhere, too.

Apprentice: But are they even better than the property tax at driving people away?

Master: Maybe, maybe not, but there’s more. You know that rubbish-strewn vacant lot a block down Elm Street?

Apprentice: Yeah, I tossed sommuh duh trash there myself, not that my help was needed.

Master: Never pass up a chance to do a good deed, my son. But the big picture is, the out-of-town landowner who owns that lot doesn’t pay much in taxes. He’s only paying property tax on the land; he doesn’t have a building to be taxed like the local homeowners and shop owners.

Apprentice: I’m starting to see. We could sure use more vacant lots around here.

Master: And don’t forget the trash; we don’t want any green oases amidst the city’s bustle. When someone wants one of those lots for a home or a corner store, what happens?

Apprentice: Well, he buys it, and —

Master: Not if the owner won’t sell. We need to keep the land unaffordable.

Apprentice: So how do we do that?

Master: Property tax relief, remember? We give the speculators and slumlords property tax relief so they aren’t pressured to sell. They can hold on, dreaming of the great days to come when the city will flourish and the land will be worth millions.

Apprentice: Not if we can help it.

Master: Heh, heh. Sometimes I worry about those Georgists, though.

Apprentice: Boss? What are Georgists?

Master: I just love hearing that question; it shows how our diseducational campaign is succeeding. Georgists are a bunch of kooks who want the property tax to be just a tax on land, and let people get away without paying any taxes on their houses and shops and factories.

Apprentice: That could be a problem right up there with nosy neighbors who don’t approve of the crack business. I’m gonna hang up my spray can and study economics. If you really want to wreck a city, this is better than our new hurricane-steering machine.

Master: So it is, my son, at least until we can figure out a way to get every city built below sea level. And now, just one more thing.

Master: Don’t talk about it. These days, you never know where someone has planted a bug.

My thanks to Dr. Steven Cord for coming up with the idea, and for his permission to expand on his original article, published in Incentive Taxation years ago. I have rewritten the article as a dialogue, with a few ruffles and flourishes of my own. — N.R. [Nicholas regaled the lunchtime crowd with a performance of this dialogue at the Chicago conference — L.D.]