Legislation enabling land value taxation is currently pending in Maryland, Connecticut, Minnesota and Alabama. Three of these sets of bills have their origin in city-oriented ecumenical groups: faith-based, but also broad-based. The fourth, Maryland, has been the work of activists from the Center for the Study of Economics and the Henry George Foundation, with support from Maryland Planners, the Washington Regional Network for Sustainable Communities and ACRON, the noted affordable housing advocacy group. 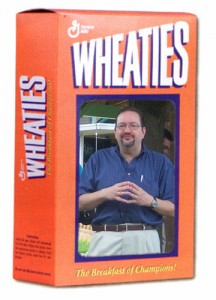 A current Connecticut bill would provide the state’s five largest cities with the right to enact LVT. The effort is being pushed the Greater Hartford Coalition for Equity and Justice. They have been pushing LVT for two and a half years, packing their 2003 conference with hundreds of neighborhood attendees to endorse efforts to get LVT for Hartford.

Minnesota’s Land Value Taxation bills are the latest of the many LVT bills introduced across the US this year. Minnesota currently has a commercial/industrial property tax, which is used to address inequities in local school budgets. This joint Senate/House bill would convert it to a state-wide commercial land tax. If adopted, the Minnesota program would lead to a reduction, sometimes dramatic, in the tax burden on areas that are predominately rural, poor or Native American. An increase in tax liability is indicated in the Twin Cities, such as the very profitable and valuable Mall of America in Bloomington, which demonstrates (once again) that despite many specious claims to the contrary, LVT belongs in the realm of “progressive” ability-to-pay taxation.

Two factors have led to the introduction of these bills. ARISE, a Gamaliel-associated group of congregations in the Minneapolis-St. Paul area, were introduced to land taxation as an achievable reform in a session at the Gamaliel National Conference in Milwaukee by the Center for the Study of Economics in early 2004. Another was a study performed by Mark Haveman of Minnesota Taxpayers. The study confirmed the benefits stated above, and has been widely disseminated in the tax policy community, thanks to a prominent article in State Tax Notes. ARISE is launching a parcel-by-parcel study in the immediate central, Seven Counties area. The Center is happy to assist them in this endeavor.

Efforts in Alabama have been hampered by lack of field workers. Yet, starting with Dian Arnold in 2002, we have been making significant inroads. In that year, HGF sent Uda Bartholomew and Dian to a meeting of African-American ministers who are concerned that the boom in the Sun Belt hasn’t reached their older agricultural towns.

An effort led by Tuskegee mayor and state legislator Johnny Ford has led to the passage of a very narrow constitutional amendment that would permit LVT in that city. In a teleconference with CSE, the mayor and several ministers who also serve as Mayors of towns such as Pritchard, Alabama, want to shift taxation from sales and income to land.

More and more, “faith-based” coalitions such as the Gamaliel Foundation are coming to see LVT as a vital way of improving conditions for their constituents in neighborhoods of poor, working people.