One of the many distinctive elements of the 20th century was how it saw one form of artistic expression after another push the bounds of its medium to the absolute limit, and then to, in Jim Morrison’s ecstatic words, “break on through to the other side!” Literature was among the first: writers sought in various ways to transcend the limits of grammar and syntax, in order to approach some sort of direct, spontaneous communication. The process came to its logical conclusion in the works of authors such as Gertrude Stein and James Joyce — after Finnegan’s Wake, for example, how could a narrative be less linear? Painting and sculpture moved through similar processes, moving in stages away from representation to a direct experience of the medium itself (a flat black, square canvas) or from reference and allusions to unmediated presentation of a thing, itself (a sculpture that is an actual urinal). In music the process came to the point of, say, John Cage’s recorded street sounds (unmediated pure sound, the music in anything and everything) or long intervals of silence (the direct experience of hearing, undistracted by the presence of sound). Jazz music, to which improvisation had always been a central element, evolved through stages of removing one component of musical form after another, seeking a purely spontaneous music. With no structure on which to, spiritually, prop itself, music could most closely approach a fully authentic Expression — which was, appropriately, the title of John Coltrane’s final album. 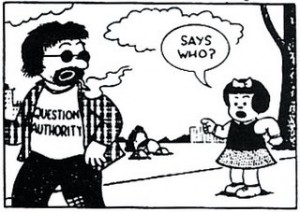 This dynamic brought in its wake an inevitable problem for the artist, in any creative field: once the art has “broken on through to the other side”, what is there left to say? Thus was born the dilemma of the “postmodern” artist, what critics call the “anxiety of influence”. From that point on, the only true poem was “the poem about poetry”. The medium itself having been pushed to its utter limit of directness and spontaneity, artists thenceforth had only two real choices: either complete incoherence, or novel recombinings of old elements.

Things weren’t really as bleak as all that, of course. Artists learned how to make fine feasts out of leftovers. In fact, people came to delight in the myriad, brilliant ways in which the assumptions, the rules-of-the-game, the techniques and styles of different eras could converse with one another. The “breaking on through” part had been weird and disturbing — and we could never again enjoy the comfort of having, let’s say, learned about this in school and therefore knowing exactly what was going on. But by and large, people learned to live with that angst, and postmodernism turned out to be fun.

When Einstein’s theories of relativity came along, telling us things like “matter and energy are the same thing”, and “gravity is really just space bending”, and “time slows down for some people, but not for others”, it sort of seemed as though science was getting as weird as music and literature were. But by no means was it the same process. Einstein’s theories turned out to be just as verifiable — and just as provisional — as Newton’s. Do you suppose it would ever be possible for science to enter the realm of the postmodern?

My first thought was “No”, because science, making no claim of absolute understanding, moves in the direction of truth in objectively-defined, disprovable steps. Lately, though, theoretical physics has got me wondering, with this business about String Theory. Physicists seem to have developed a consistent mathematical description of the world in which the four fundamental forces (electromagnetism, the strong and the weak nuclear forces, and gravity) are unified. Previously they could never get gravity to jibe with the other three. String Theory has done so; the problem is, though, that it appears to have done so in a way that is inherently unverifiable.

I’m no theoretical physicist, so don’t quote me, but — if the deal is that String Theory really is unverifiable (and it isn’t just a matter of, for instance, not yet having the right equipment), and it nevertheless really is true, then science has entered a realm where it has never been before, and people are allowed to be rather disconcerted about that.

Economics is considered to be a science, and in the last century it has certainly offered up its share of weirdness. We have seen Dadaistic internally-consistent modelers proclaiming no need to correspond to any real data. Individualists, having transcended communities, meet in debate with communists who have transcended their individuality. Pushing onward toward spontaneity and directness, economists have cast aside the shackles of consistently-defined terms. Perhaps economics is the most “postmodern” field of them all!

But no. We know darn good and well that nothing in Einstein’s Theory of Relativity, or Heisenberg’s Uncertainty Principle, changes by one little iota the Newtonian rules for banking the Eight Ball into the corner pocket, or for sturdily framing a house. And we also know, bless us, that no amount of spewage from Neoclassical Economics changes for one tiny second the economic nature of land, the Law of Rent or the Natural Law of Property. Post-modernism can be fun, but we Georgists are already hipper than hip.