Failure to appreciate the economic Law of Rent, or to recognize that interferences with the natural laws of distribution spawn interferences with production, leads one to conclusions that seem to make perfect sense, but which don’t reconcile with reality An example of this is in Bastiat’s essay, “What is Seen and Not Seen,” often referred to as “The Broken- Window Fallacy.”

Bastiat offers an example of a typical French citizen “James Goodfellow” (the literal English translation of “Jacques Bonhomme,” a symbolic French name similar to “John Bull” in England or “Joe Sixpack” in the United States), who is furious that his window has been broken by his son. Onlookers say, “It’s an ill wind that blows nobody some good. Such accidents keep industry going. Everybody has to make a living. What would become of the glaziers if no one ever broke a window?”

Bastiat then argues that work does not enrich the people unless it is productive work, that breaking a window provides employment for the window glazier, but that, if not for the expense of the window, Goodfellow would have spent the same money elsewhere and thereby employed someone else. Bastiat argues further that breaking and fixing a window fails to increase wealth, and therefore fails to enrich people in the aggregate. After all, the window that exists after the repair is no greater than the window that existed before the window had been broken. Breaking a window and then fixing it represents nothing more than wasted effort, a statement that is obviously true.

However, Bastiat goes on to say that this example “is exactly the same as that which, unfortunately, underlies most of our economic institutions.” Bastiat assumes that he sees what other economists fail to see, and does not entertain the possibility that his example is not so exactly similar after all. His explicit targets are a protectionist newspaper, and a government official who, according to Bastiat, “has calculated with such precision what industry would gain from the burning of Paris, because of the houses that would have to be rebuilt.” Although protectionism is problematic for other reasons, Bastiat’s analysis is none the less flawed. 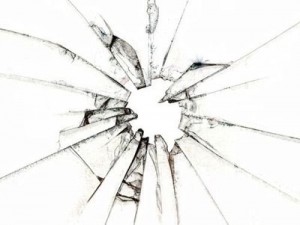 As Bastiat extrapolates to criticize his adversaries, he presumes that “Jacques Bonhomme” is representative of all taxpayers — that they are all typical people who will spend their money on other labor products if that money is not taken in needless taxes or spent on needlessly broken windows.

How can these examples be reconciled with the broken-window fallacy? After all, aren’t earthquakes, fires, floods and wars essentially window-breaking on a grand scale? Let us look at the broken-window fallacy again, in the context of privileges playing out on the Law of Rent. If we assume that the broken window had been owned by a person who lived from earnings and spent those earnings on labor products, as Bastiat has implied, the gain to one worker, the glazier, would be completely offset by the loss from another. The relationship between the return to land and the return to labor is not affected in a significant way, except that effort is expended non-productively.

Bastiat summarizes his position as follows: “Now, if James Goodfellow is part of society, we must conclude that society, considering its labors and its enjoyments, has lost the value of the broken window. “But what if it is a large landlord’s window? Are we to presume that landlords and tenants are part of a single, classless society? That there is not a society of rent takers with one community of interests and a society of rent payers with other interests?

Let us suppose a town with a few landlords and many tenants. (There might also be any number of owner-occupants, but that is irrelevant to the illustration I am making.) These few landlords collect rent from the tenants, and the tenants can only get that money back by providing service. That is, they must either serve the landlords or serve others who serve the landlords. If the landlords are only desirous of so much service, using the rest of their revenues to buy up more land, the reduction in the supply of money circulating among the landless allows only so many working people to be employed, the rest facing idleness and eviction. While some work is meaningless and non-productive, such as breaking a window in order to repair it, so is idleness non-productive. The difference is that the non-productive work of repairing a landlord’s window can stave off eviction.

Meanwhile, as the landlords apply their rent revenues (beyond what they reserve to spend on service), to bidding against one another for land, land prices rise, land ownership becomes more concentrated and, in all likelihood, rents will increase. However, even if rents do not increase, concentrating land ownership means that rent revenues will be shared among fewer landlords, and fewer services will be subsequently demanded by the landlords.

But were someone to go around breaking the windows of landlords, there would be a greater demand, not only for glaziers, but for policemen, until that person was caught. None of that demand is productive, in Bastiat’s sense of the word, but it affects the ratio between the demand for labor and its supply. That increased demand drives up wages so people can not only pay their rent more easily, but can more easily purchase goods and services from one another. After all, it is not merely the glaziers and the policemen who are enriched by payments from the landlord, those whom policeman and the glazier patronize, and the people those people patronize, etc. Money circulates among laborers, enabling all of them to profit from serving one another until the landlord takes that money back out of circulation.

Thus we see that, even in terms of price inflation, rents fell and wages climbed tremendously after the San Francisco Earthquake and the Chicago Fire. There was not only full employment, but very gainful employment as laborers no longer had to bid one another down to find work.

Even the Black Death led to more prosperous tenants, as it reduced the number of peasants competing for land and thereby reduced rents and raised wages in relation to prices:

The landlord’s discomfort ultimately benefited the peasantry. Lower prices for foodstuffs and greater purchasing power from the last quarter of the fourteenth century onward, progressive disintegration of demesnes, and waning customary land tenure enabled the enterprising, ambitious peasant to lease or purchase property and become a substantial landed proprietor. The average size of the peasant holding grew in the late Middle Ages. Due to the peasant’s generally improved standard of living, the century and a half following the magna pestilencia has been labeled a “golden age” in which the most successful peasant became a “yeoman” or “kulak” within the village community. Freed from labor service, holding a fixed copyhold lease, and enjoying greater disposable income, the peasant exploited his land exclusively for his personal benefit and often pursued leisure and some of the finer things in life. Consumption of meat by England’s humbler social strata rose substantially after the Black Death, a shift in consumer tastes that reduced demand for grain and helped make viable the shift toward pastoralism in the countryside. Late medieval sumptuary legislation, intended to keep the humble from dressing above his station and retain the distinction between low- and highborn, attests both to the peasant’s greater income and the desire of the elite to limit disorienting social change. (The Economic Impact of the Black Death)

Now, I am not advocating window-breaking any more than I am advocating earthquakes, fires, floods or Black Death. What I am saying is that one cannot make assumptions about the distribution of wealth being some kind of natural phenomenon where land is monopolized. Monopoly interferes with the natural distribution of wealth, and the laws of production are subordinate to the laws of

That is, people produce in order to either consume or acquire privileges. When some use privilege to pile up more and more obligations than they care to consume, others are thereby shackled by a lack of opportunity to produce and are left unable to afford consuming much at all. This in turn stifles production. Failure to take this into consideration leads to conclusions that sound right but don’t correlate to the evidence.

Yes, breaking a window to repair it is needless waste, but so is barring unemployed people from access to land and natural resources on which and with which they might produce useful things.

This is not a phenomenon that applies only to landlords and tenants, either. It similarly impacts debtors when lenders keep accumulating money to lend, or when owners of licensed monopolies (railroads, public utility companies, etc.) keep accumulating more monopolies from the proceeds of overcharging the people. All of these privileges invite accumulation of unused purchasing power in the hands of privilege, and thereby reduce the purchasing power of those who actually produce wealth.