Let’s say it’s 1750, and our goal is to rid the world of slavery. There is a group of us, but not so very many. We have truth — and time — on our side, but our wealthy opponents line the corridors of power. What shall we do? We’ll put out pamphlets. We’ll organize vigils outside markets where slaves are sold, or in front of the homes of those made most obscenely rich by the trade. We’ll do our utmost, utilizing state-of-the-art media and motivational techniques. And, for quite a long time — it is 1750, remember — we will fail. 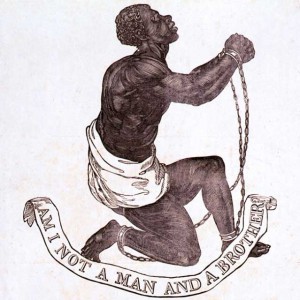 Or will we? Our goal will still be before us, of course. Yet, although we have not yet eliminated slavery — all over the world, in all its forms — what does it mean to say we’ve failed? Maybe more people have read our pamphlets and cited them in the press. Maybe more sermons have been preached and more activists have joined our cause. Maybe more slaves have actually been freed. The world at large has heard of the abolitionists; they know we’re here; they reckon with us. Yet human beings are still bought and sold as chattels — we’ve failed. What are we to do?

One thing we will do, if we have any sense at all, is welcome and honor all those who share our conviction — and we’ll do so to whatever extent, and in whatever way they share our conviction. Perhaps some support abolition because they adhere to some dogma which also instructs them to bind women’s feet and wear blindfolds on weekends. Maybe they believe the slaves are inferior beings who should be shipped back to Africa once they’re freed. Yes, it’s unsavory. But count to ten first. They’re with us on the abolition part.

Yet, no matter how impeccable our strategy or saintly our demeanor, it is 1750, and we’re just not getting much traction on this abolition thing.

The truth is, of course, that slavery has never been abolished. Indeed, explicit slavery still exists in some parts of the world today. One could even say it still exists in the United States: if you’ve been given a mandatory life sentence for your third drug-possession offense, and you are paid 25¢ an hour for producing marketable goods, and you have no access to educational resources, some might consider you to be enslaved. Others would disagree — but, as I said, it’s a big tent.

A movement is a spontaneous, aggregate phenomenon. It is very different from an organization. An organization functions under conscious direction and a specific mission statement — and when its Directors fail to guide an organization competently toward its mission, it can be said to have failed. But a movement cannot fail. It can only either happen or not happen. If it does happen, it is because some critical number of individuals and groups care enough about it to make it happen. If someone were to try to turn a movement into an organization — by, say, gathering up all its resources and devoting them to one coordinated effort — it’s very likely that the movement would be weakened. Not everyone would agree with the omnibus strategy (indeed, a majority would probably disagree with it), and many would feel that their freely-given support and effort had been manhandled toward someone else’s agenda.

I respectfully request that my colleagues stop wasting my time and theirs by talking about how “our movement has failed,” because, among other reasons, that is an absurd statement on its face. We are still fighting the good fight to end slavery, and — looked at in that light — we’ve come a ways. That’s not to enjoin you from pointing out the failings of particular individuals or organizations, if you have nothing better to do. However, a more fruitful tactical conversation would center on what we need to make our own efforts succeed, and how we can effectively cooperate with all who share our goals — even if they only share some of them.