This year’s Council of Georgist Organizations North American Conference was held during the first week of August, in Minneapolis, Minnesota. The conference was cosponsored by the University of Minnesota’ Hubert Humphrey Institute (HHI).

A few words about the Institute’ namesake are in order. Hubert Humphrey, a graduate of that university, was one of three progressives who, in 1948, caused the Democratic Party to alienate Southern democrats by enacting a platform with a strong minority plank on civil rights for racial minorities. That same year he was elected to be Minnesota’ first Democratic Senator since before the Civil War. His ebullient style and his eagerness to take on controversial issues made him a prominent party leader and earned him the nickname, ” Happy Warrior.” His great misfortune was to have been Vice-President under Lyndon Johnson during the increasingly unpopular Viet Nam War, and to have been nominated for President in Chicago while police outside rioted against anti-war protesters.

Several attendees of this year’ CGO conference said it was the best in years. Rich Nymoen (pronounced “neemun”) was our tireless local host. Nymoen is both a Georgist and a faculty member of the Humphrey Institute. While prior conferences were of a high quality, there has been a sameness to them; Nymoen and HHI brought us quality outside speakers who were generally supportive of the Georgist point of view, and infused the conference with perspectives we had not entertained.

It also helped that many panels had a mix of new faces and Georgist regulars. Usually outside speakers get lower ratings on our surveys, but ratings of HHI speakers were among the highest.

The first day kicked off with the conference theme, ” Henry George Theorem at Work.” The Henry George Theorem had been conceived in 1977 by professor Joseph Stiglitz of Columbia University in New York City. Basically, the theorem states that, in a best-case scenario, various inputs into a city would continue as long as these inputs increased aggregate land values. These inputs include government spending programs, population growth, and new businesses. As modern economists are carefully amoral, Stiglitz ignored the obvious conclusion that a land value tax should pay for inputs that involve government spending. Of course, this conference did not ignore that conclusion. 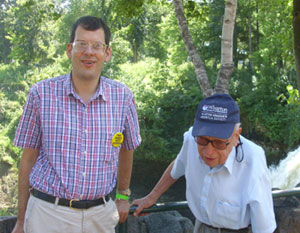 I wish I had pithy quotes for this article, but as a conference organizer, I had to keep bouncing in and out of the sessions. Paul Justis videotaped the conference, and we are looking for people who know how best to get the videotapes onto the Internet. Here are some of the highest-rated events:

I showed how subsidizing professional sports stadiums was a gross violation of the Henry George Theorem, as stadiums actually lower surrounding land values. Joe Bast, director of the conservative Heartland Institute, went further to argue that the local fans should own professional sports franchises, much as fans in Green Bay, Wisconsin own the Green Bay Packers. 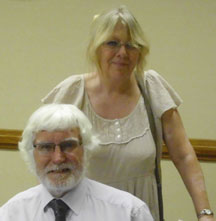 Fan ownership prevents teams from blackmailing fans by threatening to move to another city if they don’ get new stadiums. He noted that the National Football League does not allow the spread of fan ownership.

Besides Wetzel, two other Brits made fine presentations. Tony Vickers had accidentally been left off the program, but took the slot of an absent presenter to speak on the campaign to bring land value tax to Britain. In a separate presentation, Fred Harrison got rave reviews for his The Broken Society, followed by a round-table discussion on the best direction for the Georgist movement. Frank de Jong, former head of the Ontario Green Party and frequent candidate for office, spoke on circulating alternative budgets. De Jong really shone as the banquet speaker, making the case for running for office on a Georgist platform. He was personable, entertaining and inspiring. I wanted to move to Toronto so I could vote for him. 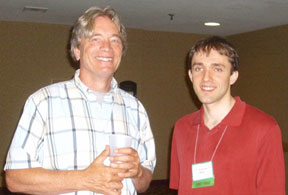 The only disappointment was our tour of the mansion of J. J. Hill, one of the great railroad barons of the gilded age. This would have been an excellent backdrop for the Georgist case against privately owned railroads. However, our tour guides knew a great deal about his mansion and how he ran it — but almost nothing about his railroads and how they ran them. Aside from formal programs, we had ” mike” sessions every day, and had an exceptionally large and well-designed hospitality room, where attendees socialized every evening. Rich Nymoen is now part of the conference planning team, and we look forward to future conferences being as successful as this one was.