One small block west of the main Liberty Plaza headquarters of the Occupy Wall Street demonstration sits the lot at 133 Greenwich Street. If the Occupiers have a few free moments, they might want to check it out. It sold last year for $19.6 million, or $3,208 per square foot, and nothing has been happening on it for quite some time. The annual property tax bill for this parcel is $189,839. That se 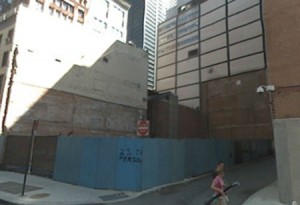 ems like a fair amount of money, but evidently it has not been enough to stimulate the development of this extremely valuable site. That isn’t surprising: interest rates are low these days, but a meager 4% return on $19.6 million still amounts to $784,000. The long-term rate of return on this investment is much higher, of course, for despite the current downturn, the owner certainly expects the lot’s value to appreciate. 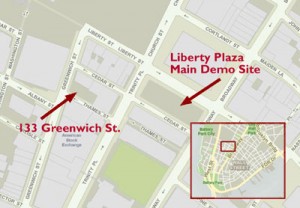 In the five boroughs of New York City there are 33,142 vacant lots — a total area of 23.9 square miles. This downtown Manhattan lot is classed as commercial real estate. For the last five years, the “full market value” that the city reports for such parcels has averaged 23.3% of what such lots eventually sell for.

Housing is very expensive in New York — as in many other cities, and jobs are hard to come by. Might housing be more reasonable, and employment more 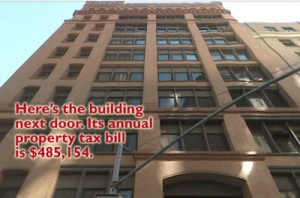 abundant, if warehoused sites such as this were put to productive use?

Taxpayers provide the infrastructure and services that make lots like this so valuable. Meanwhile, real estate speculators do nothing, for years, and reap huge rewards.