We hear that the US Postal Service is about to go belly-up. Mail volume is plummeting; fixed costs are up. They’re actually talking about having to shut down by next summer. I’m aware that many people, including some GJ readers, will not be saddened by this news. They regard the postal service as a state-created monopoly, wasteful, comically inept, a sinecure for the uncreative.

Well, I see it as almost exactly the opposite of that. In fact, I have come to see the quality of postal service as a sort of barometer of social progress. Anybody can get something through in the Diplomatic Pouch, or by expensive private courier. But how does a regular letter, addressed to John Q. Addressee, manage? The level of popular trust in folks’ ability to get messages through is a pretty good measure of a community’s level of “equality in association.”

The Henry George Institute is a distance-learning organization. These days people think that means “online.” We’ve done our best to utilize New Media — but the fact remains that our snailmail courses still carry the bigger load. Not only do completion rates of regular-mail students exceed the online ones, our traditional by-mail course gets our views into places that cyberspace doesn’t reach. Many an African student will discover our courses on the Web, but enroll in them via snailmail. Why? Because the initial connection came through a pay-through-the-nose Internet cafe! And a letter gets from here to Lusaka, Zambia — though it does take a good week or two — for under a buck. 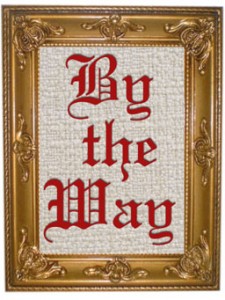 In some countries, though, it might never get there. Some addressees, in places like Managua, Lagos or Manila, specify explicit walking directions to the local carrier, things like, “off Main Street, behind Frank’s Pawn Shop, third door on left.” Also, a surprising number of third-world folks insist on (and pay for) registered mail, apparently because overburdened or unreliable postal employees might not otherwise be motivated to find their places. Indeed, a certain level of political volatility makes mail undeliverable, as happened to the lessons of two students in Lebanon, for a surprisingly long time.

Mail service in US prisons is very dodgy. We’ve had the full range of problems. A whole course’s worth of letters go back and forth without a hitch, but then the final, large envelope, bearing the student’s hard-earned certificate, goes missing — and we don’t find out til we get a notice from the Better Business Bureau, investigating possible fraud! Inmates are frequently transferred; their mail never is. We try our best to get through: we send a letter by restricted, certified mail — required under pain of perjury to be signed only by the addressee. It’s a correspondence student; I know the guy’s handwriting — but the receipt comes back with an anonymous scrawl on it. If local mail service is a barometer of the quality of civilization, then our “corrections system” is barbarous indeed.

People in rural areas, and people who generally lack a wide range of social options, tend to have a greater appreciation of mail service. The arrival of a paycheck, or a New Yorker magazine or a birthday card, in the middle of snowbound February, can mean a great deal more than any form of virtual delivery of the same “content.” We are just more attentive — at this point in history, anyway — to messages written on paper than to those flashed on screens.

One more point about the US mail: those who say its service is bloated and inefficient live in a theoretical world, not the real one. I am not kindly disposed toward mindless complacency; I tend to reject “That’s just how it’s done” as a reason for doing anything, so I have always cast a suspicious eye on the Post Office’s voluminous procedures and rules. But, you know what? Having dealt rather intimately with a great variety of mail services for over two decades — I can’t find a thing wrong with them. Promptly, reliably delivering that 44¢ letter to any address in the United States is an awesome feat of organization. It would be criminal to develop such a capability, and then lose it.

Nevertheless, times are tough. Perhaps we should just grow up and face the fact that mail service is a luxury we can no longer afford. After all, there is email, UPS, FedEx, Twitter, Facebook… Why should my ten-year old daughter think she should be able to scrape up forty-four cents and send a letter whenever the heck she wants to? There’s only so much our government can afford to do for us! The United States Postal Service is projected to lose an average of $23 billion per year for the next decade — at the end of which it may be carrying as few as 150 billion pieces of mail per year.

Can we afford that? I guess money is tight. After all, the war in Iraq, which didn’t do any person any good, and killed many tens of thousands, cost our country between seven and eight hundred billion dollars, most of which we still owe. Yet the war in Iraq, however idiotic, was a federal responsibility, financed by taxpayers (or creditors) of the United States. Not the Post Office, though. Since the early 1980s, the United States Postal Service has received no federal subsidies. Why should they? They’ve still got their cushy monopoly on trudging through rain, snow, sleet and dark of night, to get exclusive access to your mailbox.