“The vague chance or the precise laws that govern this universe…” (as the Argentinian writer Jorge Luis Borges said) allowed me to share a short part of the road with Barbara Sobrielo.

She had two precious and scarce gifts: ubiquity and sobriety, both at the service of her deep Georgist passion and the defense of the International Union to which she devoted so many years of her life. 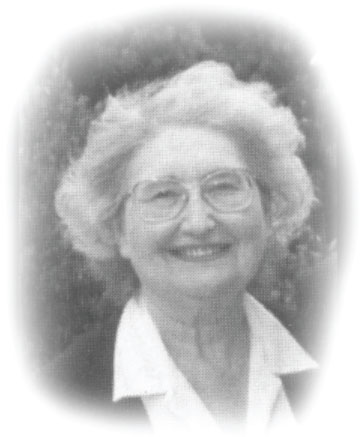 To be with her in the meetings of the Executive Committee always brought me joy and calm. Joy because I knew that her positive character would show us the light in the most difficult situations — and there were many — and calm because I also knew that her careful and precise words would smooth the feelings in moments of tension and confrontation.

We shared the view that the International Union should be the house of all Georgists, above temporary personal or political differences, and I think we were successful in achieving that goal.

Barbara was a unique person, and her passing leaves a vacuum impossible to fill.

I received a letter form her only days before she passed away, written with a tremulous hand, but very clear ideas. I was overwhelmed with sadness for her certitude that her light was to be extinguished. She told me of her wish to be at the upcoming Buenos Aires conference and her grief that this was not to be. She asked me to apologize to Hector Sandler, which of course I did. She also, characteristically, discussed items for the Executive Committee’s agenda. With the letter in my hands, I remained a long while meditating on the greatness of the soul that was leaving us.

Those of us who have the fortune to believe in eternal life may see Barbara now in an Eternal Committee, with Henry George, Leo Tolstoy, John Dewey and many others — or perhaps discussing with Quesnay, Turgot, Mercier de la Riviere and Dupont de Nemours, looking to the lost sample of the Tableau Economique, printed, according to legend, by the royal hands of Louis XV, guarded by the intelligent smile of Mme. Pompadour — or maybe speaking with John Stuart Mill and Karl Marx, as we never could, about the complicated “Tableu Economique” that Marx sent to Engles, which is so difficult to decipher.

For the agnostics or non-believers, it remains the legacy of her spirit and her vocation to fight for her ideals, that peculiar and terrene immortality of the spirit which Walt Whitman described in powerful verses.

Echoing the words of Jorge Manrique, “that all past time was better” — we are more lonely since Barbara has gone.