At first glance, the recent Wall Street Journal article about Henry George and his followers — on the front page! — seemed like a good thing; any ink is good ink, right? Well, perhaps not. The piece was on page one, yes — but it occupied the space in which the WSJ likes to toss in some quirky comic relief. We provided stressed-out businesspeople with a chuckle for their subway ride.

Just because the piece was comic, however, doesn’t mean it wasn’t carefully constructed. Its details were selected with precision. I don’t think Ms. Ianthe Jeanne Dugan missed any points; this is precisely the article she meant to write. Let’s indulge in a bit of deconstruction, and I think you’ll see what I mean.

The article is structured around the unavailing quest of “Los Angeles producer” Charles Ashira to finance the documentary movie about Henry George that he wants to make, because he believes “It is an idea whose time has come.” I wish Mr. Ashira well — but I’ve been in close contact with the Georgist movement for quite some time, and before I got his fund-appeal email, I’d never heard of him. He sounds like a “wide-eyed” newcomer, and as such, he may not be the best representative of today’s Georgists. But then, in this story we’re all a pretty “wide-eyed” bunch: Ted Gwartney chooses a career in assessing to do some good in the world; Josh Vincent drives for nine hours through the snow to talk to three people — these poor Georgists, you could cry. There’s David Giesen with his walking tours, trying to recruit one Georgist a year, and Scott Baker with his 175-signature petition. “When you’ve tried everything, try Henry George.” 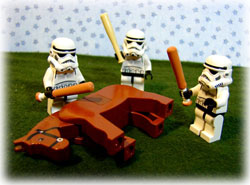 It isn’t just lone Quixotes, though — there are even endowed organizations trying to beat the Georgist horse. Dugan discusses the Lincoln Foundation and the Henry George School, and then briefly nails the Schalkenbach Foundation at the end. These are the parts where she really kills — though, admittedly, we give her pretty good ammunition.

In this article you’ll learn that the “George-inspired” Lincoln Institute fought the good fight — bless them, they even issued a CD of George’s works — but they had to accept that Georgism just doesn’t work in the modern world. At the very best, according to Lincoln’s highly-credentialed chief, Greg Ingram, land taxes could only account for 5 to 10% of GDP.

Mainstream sources tend to put this figure at 2-3%, while Georgists estimate it to be 30% or more. For Ingram to have acknowledged that rent could be as much as 10% of GDP — not tax revenue — suggests that he may have been misquoted.

Well, good grief. Taxes currently account for about 25% of US GDP — so by Ingram’s account, the very least that the Georgist remedy could do would be an across-the-board 25% cut in taxes on production. Georgism might not be “a singular solution to all our problems” — but it’s not nothing. By contrast, the “sequestration spending cuts” that people are so upset about account for about 3% of total federal spending, or 0.75% of GDP.

Then there’s the Henry George School. Dugan needn’t attack this organization, alas — she just has to give it rope.

What Mr. Fitzgerald couldn’t say here, though, is an uncomfortable truth that today’s Georgists need to know — without it, they cannot make sense of where they find themselves in the 21st-century world. The mid-1990s was indeed a high point for the Henry George School of Social Science in New York City. At that point, it was actually enrolling about 1,000 students per year on average, and graduating over 300. Alas, this was the exception, not the rule: 1989-95 was really the only bright spot in the last 50 years of the Henry George School’s history, most of which has been characterized by abject, visionless dysfunction. The school once functioned capably as the Georgist movement’s flagship and organizer. It’s subsequent failure to do so has been a vital factor in our gradual loss of momentum and effectiveness.

Trustee Billy Fitzgerald reports that it’s heartwarming to see “a dozen or so people who don’t know each other” get together and debate social and economic policy. But, “enrollment has slid to 300 students annually — about half the level of the 1990s, partly because people are getting more information online rather than in classes.”

Apparently it never dawned on Georgists to consider utilizing the Internet. This cannot be sloppy reporting. Indeed, if one types “Henry George” into Google, result #2 will be “Who Was Henry George” by Agnes deMille, which links to “Henry George’s Remedy” at henrygeorge.org, among others — and result #5 will be “Understanding Economics” itself, the HGI’s home page. Had Ms. Dugan been interested in exploring the breadth of today’s Georgist work, she might have contacted yours truly, who would have described how the HGI’s distance-learning program has recently earned a college-credit recommendation. She might have interviewed Alanna Hartzok, whose distance-learning program earned support from the United Nations and enrolled hundreds of students wordwide. She might have interviewed Mason Gaffney, who is as well-credentialed as Greg Ingram, and who could have set Dr. Ingram straight on a number of errors. Prof. Gaffney would, no doubt, have acquainted Ms. Dugan with the Georgists who accurately predicted the Crash of 2008 and the Great Recession.

The last sections of Dugan’s article are a tour de force. The Lincoln Institute, we are told, was founded by “a late Georgist named John Lincoln.”

This isn’t strictly true. John C. Lincoln founded the Lincoln Foundation, whose mission was “to teach the ideas of Henry George as they were set out in Progress and Poverty.” Lincoln died in 1959. The Lincoln Foundation supplied major funding for the Henry George School for over two decades, but in a 1968 sea-change, abandoned the HGS and subsequently set up the Lincoln Institute, which explored “land economics” and did its best to ignore and marginalize Georgist ideas. In the late 1990s the Lincoln Foundation was sued by a group of Georgist organizations who alleged that it had abandoned its chartered mission. The suit was dismissed on the grounds that plaintiffs lacked standing under Arizona law.

His son, David Lincoln, “says he is often contacted by Georgists” — one of whom was Mr. Ashira, trying to raise funds for his documentary on Henry George. Ianthe has done her job so well here that I can’t resist quoting her:

“I told him we won’t fund it now,” Mr. Lincoln says. “When you’re out for a Saturday night of entertainment, you don’t want to study economics.” Besides, there is already a documentary out called “The End of Poverty?” It was funded by another Georgist group called the Robert Schalkenbach Foundation.

Oh. My. God. You do have to feel a little sorry for these Georgists. They keep getting slapped down; they keep staggering back up. But after all, Charles Ashira said he was seeking investors, not handouts — and a Georgist movie won’t pay. It’s already been tried. 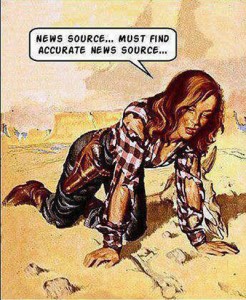 Oh, it’s a piece of work, all right. Still — I can’t help thinking that the fact that the Wall Street Journal felt the need to so skillfully, baldly — and prominently — LIE about the Georgist movement may well have a silver lining for us. For what it’s worth, the day after this article was published, the HGI’s website had its busiest day in history so far: 1,368 unique visitors.

One thought on “Sympathy from”