During the regime of Haile Selassie, 1930-1974, land was owed by a tiny minority of elite feudal lords and urban landowners. Most of the people were their tenants. The rights of land ownership — for use, or for investment — were recognized as inalienable rights of every member of society. 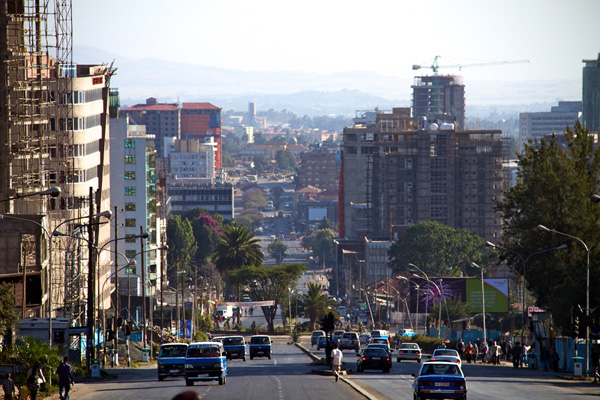 Nevertheless, only the few elite ruling members benefited from landownership. Feudal landlords and their followers possessed as much land as they could hold.

Small plots of land were granted to peasants, which they were then allowed to use, rent, and pass on to descendants. Peasants were obliged to pay different kinds of land-related taxes, usually paid in kind.

In 1974, the Derg military regime deposed Haile Selassie. In the socialist command economy that followed, the feudal landlord-tenant relationship was abolished. Peasants were given title to their land, and taxes were collected on deed transfers and land development. The Derg regime began confiscating private property (extra residence houses) in an effort to redistribute the elite’s wealth, and eventually nationalized all land, claiming that all land is public property — that the state is the custodian of public interests.

The EPRDF (Ethiopian People’s Revolutionary Democratic Front) deposed the socialist Derg regime in May of 1991. Despite their different ideologies, the two previous regimes had concentrated the land and its rent in the hands of a tiny elite. The current regime initiated an entirely different set of land use policies.

The 1995 Constitution enshrines equal land rights in Article 40, #3, which states: “The right to ownership of rural and urban land, as well as of all natural resources, is exclusively vested in the State and in the peoples of Ethiopia. Land is a common property of the Nations, Nationalities and Peoples of Ethiopia and shall not be subject to sale or to other means of exchange.” Thus, land tenure became a leasehold relationship. This provided the government with a progressive and stable source of revenue.

Article 41, #3 states: “Every Ethiopian national has the right to equal access to publicly funded social service” Furthermore, the urban land lease proclamation of 2011 declared that “The right to use of urban land by lease shall be permitted in order to realize the common interest and development of the people.”

The land lease proclamation set different lease period for residential, commercial or industrial use. The length of leases range from 60-99 years, depending upon the purpose of land use. The lease payment amount depends upon each region, but the first down payment is at least 10%, with the remainder paid annually during the lease period.

Today, Ethiopia has begun to develop, reducing hunger and poverty. Annually thousands of affordable housing units are being built. Until recently, Ethiopia had made no use of the Blue Nile River (which Ethiopians call the Abay river). Three years ago, Ethiopia began building a dam to produce 6000 mw of hydroelectric power. Ethiopians applaud this “self financing” project.

Registration of land and buildings is proceeding in Addis Ababa and will continue in other regions. This is vital, in order to make sure people clearly understand their rights and obligations, and to improve municipal tax collection and planning.

Here is why the policy of leasing urban land is so important: