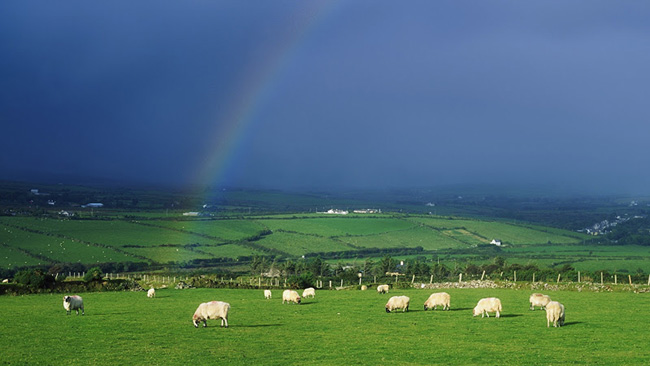 Yet the Irish experience was more painful than that of virtually any other people, especially during the early modern period. A million people died of starvation between 1845 and 1852. A million more emigrated during the same period. In total Ireland lost between 20 and 25% of its population.

During the 19th century, the ordinary Irish citizenry, mostly Catholics, were in conflict with the Protestant gentry. The Protestant minority fought to restrict Catholic political representation and made it virtually impossible for Catholics to own land. The result was a vast segment of the populace not only bereft of land, but also barred from ever attaining it. In Henry George’s own time the fight over equitable treatment of land was reaching a crisis point. It was one of the chief grievances that fueled a swelling wave of Irish nationalism, a wave which ultimately broke over the island in the first two decades of the 20th century leading eventually to full independence for Ireland.

In the wake of independence, the Irish government purchased 13 million acres of land under a policy of eminent domain, extending land ownership to a vast number of tenant farmers. This allowed a great many of those who worked the land to profit from the fruits of their labor. Yet while this outcome had some positive hallmarks, land was still far from community property.

Today, land still plays a critical role in the Irish cultural and political psyche. After centuries of enforced serfdom through tenancy, the ability to own land is valued in nationalistic, and almost spiritual, ways. Because they were so long denied personal ownership, Irish people now cling to their private ownership and bristle at all suggestions of land taxes, let alone suggestions of community property. While most of the rest of the world has gradually made efforts toward imposing land and property taxes, the Irish have been exceptionally obstreperous in opposing them. It is in many ways a perverse result; when they were denied access to the common fruits of the land, Irish people railed against the injustice. Now that land is in the hands of ordinary Irish people instead of foreign and foreign-allied elites, its private ownership has become sacrosanct.

The results of this perverted sentiment toward land can be seen clearly in the recent events in the Irish economy. The latter years of the Celtic

Tiger were marked by an unprecedented explosion of real estate speculation.

Land became a hot commodity; building companies inserted themselves into the corridors of power, pushing the Irish government to resist taxing land or to curb the rampant speculation. The result of that poor decision-making is still being felt. The property crash of 2008-2009 resulted in a massive recession in Ireland, far deeper than in much of Europe. For a time, Ireland was even classed beside Greece as a virtual economic disaster area.

Ireland is far from a lost cause, however. In fact, there is a great opportunity for a resurgence of Georgist thought. Georgism offers lessons of political economy that could find easy application in a country now scarred by the quixotic fixation on private land ownership and land speculation. Advocacy is sorely needed, since even as badly burned as they were, the Irish government only managed to pass legislation permitting a property tax of just 0.18% of market value. Ireland desperately needs a radical reform of its land laws to allow for greater taxation of land. Doing so would allow for a reduction of the high and regressive value-added-tax and of other taxes such as those on income.

In order to accomplish such reforms, a shift in public sentiment is essential. With the memory of the speculative crash fresh in their minds, now is the time for Georgists to spread the message of just and equitable taxation. This is a golden opportunity for Georgists to affect policy in a developed country. Ireland may be very small, but it is industrialized and prosperous. A Georgist example set there could bear fruit around the world.