Globalization is the reduction, and ultimately the elimination, of barriers to movements across country boundaries, so they become more like movements within a country. Movements include imports and exports of goods, inflows and outflows of money and financial securities, the movement of people for migration and travel, the transmission of radio signals, and access to Internet web sites across national boundaries.

Henry George analyzed and promoted a “single tax” on land rent or land value, eliminating all taxes on exchange. He made this clear in his book Protection or Free Trade, in which he refuted arguments for limits on trade among countries. Georgism thus clearly proposes the absence of trade barriers among countries. Georgist free trade includes not only the elimination of tariffs but also other barriers such as quotas. 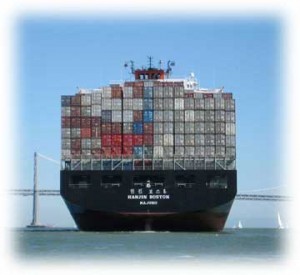 George used the term “true free trade” to include the elimination of trade barriers within a country, such as taxes on goods and labor. But true free trade has to go beyond merely eliminating taxes other than on land. Subsidies also impede free trade. If a country subsidizes an export, so it sells goods below their average cost of production, this destroys the efficient effect of free trade. Free trade maximizes productivity as each party, whether a firm or a country, sells products and resources for which it is relatively more productive. That is the principle of comparative advantage. Thus a lawyer hires a secretary even if the lawyer can type faster, since the time the lawyer spends in typing could be used more productively in legal services.

Therefore true free trade requires the absence of subsidies that reduce prices below the levels that markets would set. That principle includes implicit subsidies. For example, if a power plant generates pollution along with electricity, and the social cost of the pollution is not borne by the firm, then in effect the electricity is subsidized, as the firm and its customers are not paying the full social cost for the product, and thus receive an implicit subsidy.

The need for global standards

The chiefs of the less developed countries complain that since the more developed economies grew without having to pay pollution levies, they should be exempt until they too achieve a more developed status. However, pollution charges need not damage growth. The developing countries currently inflict taxes on their production and trade that reduce their production and growth. If these governments enact a “green tax shift,” replacing their taxes on sales, wages, and value added, with taxes on pollution and land value, their economies would be both more productive and more environmentally clean.

If some countries have pollution levies or controls while others do not, then it would be within true free trade for the importing countries to add the pollution levy to the price of the imports, provided that the funds do not go to the government (which would add a policy bias), but to conservation efforts.

Globalization includes imports and exports of funds as well as goods. Money flows across boundaries to pay for goods and also for financial transactions, such as when a resident of one country buys the bonds and stocks of firms in another country. True free trade avoids interfering with flows of funds. There is a saying, that money goes to where it is best treated, and if investors can obtain higher gains from developing economies, global growth is maximized when such transactions are not interfered with.

It is true that in today’s money systems, speculative flows can be disruptive. Large movements of funds can make the receiving currency rise in value, which then makes that economy’s exports more expensive. Ideally, a global economy would have one dominant currency, so that trade and financial flows would not make currencies rise and fall. Such was the case prior to World War I, when the major economies used gold as money, and national currencies were based on weights of gold, such as when the US dollar was defined as 1/20 of an ounce of gold, or an ounce of gold being equivalent to $20.

While today’s fiat money system, based not on commodity value but on law, custom, and the payment of taxes, is not ideal, economies are still best served with free trade in goods as well as funds. Much of the rationale today for controls of funds across borders is to detect tax evasion. But the Georgist single tax on land would make tax evasion impossible, as land is inherently public. Contrary to the privacy of income, and income tax records, assessments of land value would be a public record, and the response to a refusal to pay a land value tax would be a lien on the property rather than prison.

The globalization of migration is more problematic. Immigration is not inherently an economic problem, because each immigrant is both a consumer and a producer. The immigrant does not cause a loss of jobs, because he creates jobs for others by his consumption. In Progress and Poverty, Henry George also argued that a greater population and density generate increasing returns, greater productivity, due to a finer division of labor. 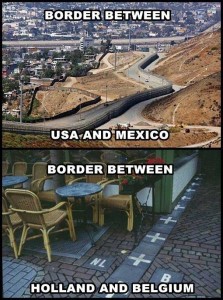 There can be a cultural issue when immigrants have a different religion and customs than those prevailing in the country they move into, especially when they then insist that others cater to their own preferences. The Georgist position on immigration is to generally be permissive, but to require immigrants to sign an explicit social contract by which they respect the liberty of others, and agree to the payment of community rent for the lands they hold.

The assimilation of immigrants does not imply a loss of their culture, but rather, integration into its economy, and peaceful co-existence with other cultures. Immigrants would assimilate much more quickly into a Georgist economy that would provide ample employment. A free society that welcomes immigrants would usually result in willing social assimilation, just as immigrants to the US tend to become Americanized, but Georgist policy could possibly limit immigration when peaceful assimilation is not taking place.

The global economy now includes radio signals from satellites and across boundaries, and world-wide electronic access to web sites. These should be unrestricted other than prohibiting harmful content, such as libel and slander.

Country boundaries are artificial constructs that often ignore physical and cultural geography. Georgist policy eliminates artificial costs and restrictions. George himself pointed out that if it helps to keep out exports from other countries, the same argument supports trade barriers within the country, which very few advocate. It is nationalism and opportunism that promotes trade barrier privileges. Georgism seeks equal rights and the elimination of privileges, which implies globalization in goods, funds, people, and electronic access.