The Georgist movement is at an interesting point in time. A new generation of reformers have found the story via the many online learning tools available. The potential to develop new avenues of learning awaits. Geo-Spatial analysis is just one of the new windows of opportunity, where Google Earth-type public policy surveying of land use is thriving.

For over a decade I have worked as the Projects Director at Prosper Australia. We have been reasonably successful by simply adopting many of the practices witnessed amongst the booming NGO industry. My experiences in indigenous and anti-globalisation activism saw many small groups of committed people produce powerful campaigns affecting change. These groups incorporated and became NGOs. Soon they were releasing reports. Not long after, they had MPs launching their reports. Memberships grew upon the back of slick websites and emails that encouraged interaction. This was all done without the benefit of million-dollar trust funds.

Prosper needed a report as a foundational element to our activities. Akin to free advertising, we all see the nightly news roll out finance experts to provide economic commentary. An NGO releasing an innovative report also creates news. This builds profile and from it, the e-news database grows. Membership builds. Cycling into Prosper each day, I was struck by the number of vacant properties I passed. Once you clock onto it, spotting idle land becomes a habit: your head automatically snaps towards yet another lost opportunity for the community. This was circa 2004-5 as the Australian land bubble built up steam under a spate of tax loopholes, outright policy fraud, high immigration and foreign investor incentives. However, the mainstream papers were dominated by the ‘record low vacancy’ findings pushed by the property lobby. 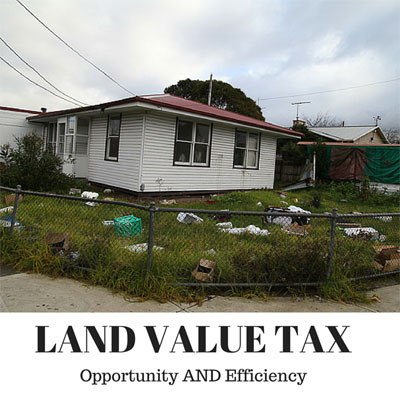 These frustrations soon led to the development of the Speculative Vacancies (SV) report. The record low vacancies were based on a voluntary survey of real estate agents. It did nothing to account for the growing role of land speculators who had no interest in placing their properties on the rental market. The vacancy findings quoted in the press were a subset of the wider property market. They did little to account for properties held purely with unearned income in mind. In the boom years, rents were barely one-third of yearly capital gains — why go to the trouble of renting? No-one was discussing this until we started the conversation.

The report now sees over 50 media references per annum. Journalists call us from around the nation. In 2015 we were offered an exclusive with the Australian Financial Review, our leading financial paper. The media references have lifted our profile, delivering hundreds of thousands of dollars of free branding, whilst lifting the public’s understanding of Georgism.

Four different researchers have written the report, with Catherine Cashmore the most recent. She has quickly elevated through the ranks to become the President of Prosper Australia. Alongside her analytical prowess and professional role as a property buyer, Catherine is an accomplished media performer. She recently made four high-profile TV appearances in five weeks. This snowball effect saw our membership goal reached six months early.

I believe the Georgist movement is ideally positioned to use our unique economic insight to shine a light on the inequities that abound. The use of reports to objectively analyse unique data sets is vital as our calling card to the wider economic reform community.

We also need modern branding and responsive (tablet, mobile friendly) websites. Prosper has recently updated its logo and aims to update the website every 2 – 3 years. Our 112 year old Progress Magazine is continually being updated to reflect the design integrity needed for people with short time-frames and lots of information thrown at them. Complementing our modern outlook is the weekly Renegade Economists radio show that is podcast to listeners around the world. If only we had more time for another documentary film! Sitting behind this is a modern database — civiCRM — that allows us to easily harvest email addresses and memberships whilst saving a yearly $2000+ in email fees.

How to take it further

Whilst Prosper looks good, sounds good and makes interesting headlines, the one area we haven’t yet succeeded in is mobilising public opinion into a groundswell capable of applying serious pressure on our politicians. We were gifted an incredible opportunity with the release of the Rudd government’s “Australia’s Future Tax System” (the Henry Review) which featured significant sections on Land Value Tax, Resource Rents and even taxi licenses. This put economists on notice that our wise old story was even more relevant in a world of mobile capital. 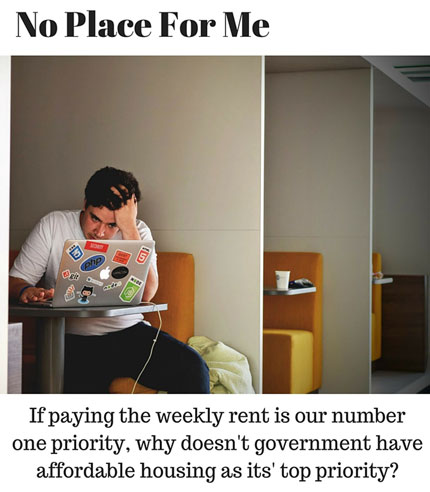 Many young economists growing up under the strain of the Global Financial Crisis and the housing crisis either read the Henry Review or saw our vacancy reports. This led them our way. Our Policy Director David Collyer has been committed to steering debate back to economic rents on Australia’s leading economic website, macrobusiness.com.au. Alongside strong leadership by chief economist Leith van Onselen, this has seen support of economic rents dominate the comments boards to a website with over 100,000 visitors per week.

We also make regular Parliamentary Inquiry submissions. Some 16 Georgist bodies or individuals submitted to the Henry Tax Review. A recent housing affordability inquiry had similar numbers of submissions. Links to these in our fortnightly e-news remind supporters that the Georgist message is relevant to today’s problems. The high quality of our work, always benefitting from the Australia Bureau of Statistics valuation of land and natural resources, has seen our team present at three Parliamentary Inquiries.

Most NGO strategy revolves around campaigns. Saul Alinsky’s Rules for Radicals (1971) shows activists how a campaign can evolve as the public is mobilised. Today there are skills to learn in advocate-based copywriting, multimedia strategy to media-savvy pranks.

Daniel Hunter’s Strategy & Soul shows how an unfunded group sculpted together a media campaign capable of curtailing the might of the gambling industry. All they did was represent the public interest in an innovative manner. We have that in spades. But how to structure a series of events around one small issue in our community with the accompanying media strategy? Hunter demonstrates the importance of developing an A-B component to press release writing, such that if a politician says A we do this, if B we have that ready to go.

That sort of thinking is our challenge. A Prosper member suggested for this year’s Speculative Vacancies report that we mobilise people to stand out front of a vacant home with a handwritten sign #iwanttolivehere and then to post that photo on the Facebook wall of both their local representative and the housing minister. How can we inspire hundreds of those photos and then have the next stage in the campaign ready to roll?

With the prevalence of many one-person one-town Georgists, we need a way to coordinate the incredible energy of our supporters. Many spend considerable time writing letters to the editor or commenting on various blogs. We should explore greater use of Zoom online meetings, where dozens if not hundreds of people can meet online.

From this we can group into likeminded nodes that work on various Georgist aspects such as Land Value Capture, manufactured scarcity or council rating. Reports could be written, and launched at the conferences we run, creating a ‘news’ opportunity for organisers to promote the conference as well as the unique analysis. That was the vision I discussed at the 2014 and 2015 CGO conferences.

We are taking steps in the right direction. The ‘LVT’ Facebook group offers great promise, with some exceptional learnings offered there. As the internet era continues and people engage in learning at their own pace, we are well situated to use our timeless message to make sense of this world gone mad.

Democracy is on notice in the West. Few believe it represents the public interest anymore. For that reason, going local may be our focus point. Community Land Trusts are integral to the future growth of the movement as demonstrable applications of Georgist theory. CLT constitutions could include an inbuilt understanding of Georgist learnings.

A central tenet of campaign evolution is that people prefer to learn by doing, rather than in a classroom. Too often I am inclined to tell the whole story, rather than tease it out so that participants ‘discover’ elements of the theory themselves. As a movement whose biggest strength is its ability to make sense of the economic reality we see around us, the development of economic detective-type thinking amongst our supporters should be easy.  Right?

One thought on “Action Stations”