Democracy, it is said, is not a good form of government; it is simply that every other form is so much worse.

It is understandable why many thoughtful people should be impatient with democracy — it is slow and clumsy in its processes; the people are too apathetic most of the time and too intense at other times; they are often swayed by glib meaningless phrases; they frequently think they can vote themselves benefits without paying for them; and in social life, democracy seems to breed vulgarity. And so one longs for the sturdy hand of a benevolent ruler, a well-ordered hierarchy and the good taste and good manners of an aristocracy. 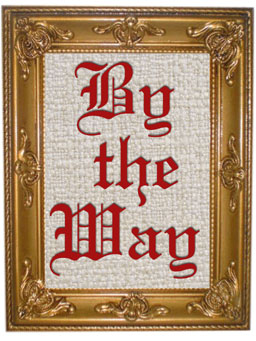 However, we’ve been through all that, and we know it doesn’t work. Benevolent rulers go mad with pride, or die and are succeeded by worthless tyrants; chaos succeeds order; aristocrats can become vulgar too, and in any case, their culture costs too much. And the people are trodden down.

So we might as well face democracy and see if it can be improved.

There was a Scottish laird who expressed what many of his class thought when he said that landless commoners were shiftless and rootless and had no interest in improving the nation; they could at any time pull out and move to another country; it was the landed proprietors who stayed on and looked after things with a sense of duty.

There was some truth in this unsavory observation. A stake in the land does sharpen one’s interest in how things are run. But the laird was off base when he blamed landless people for being born into wrong families.

A lot of these landless people came to America and, lo, they became landed. While there was enough good land to go around, things worked out pretty well. If we want to refer to a model of democracy at its best, we generally think of the early New England town meetings. We should not forget that they were composed mostly of landed proprietors. These formerly landless people now had a stake in the community and were very careful about what should and should not be done.

If we want to see democracy at its worst, any of our large cities will do. The fruits of “democracy” seem to be corruption, bureaucracy, inefficiency, waste, slums, poverty, crime, vice and traffic jams. But of course this isn’t real democracy. The landless proletariat rightly feel they haven’t much stake in the community.

Political democracy cannot work without economic democracy. It is actually the latter that gives birth to the former. Without it, political democracy becomes an empty form. (Henry George said it better.) The ideal of democracy would be to make everyone a landed proprietor, giving everyone a stake in the common heritage of land.