A committed Marxist will tell you that the historical failure of socialist societies proves nothing about Marxism per se, because real Marxism has never been implemented. But, exactly what “real Marxism” amounts to isn’t so easy to identify. There are many sects (for example, Wikipedia lists thirteen Trotskyist organizations in the United States). Each of them claims more-or less exclusive understanding of the nuances of historical materialism. Yet, one thing that every interpretation of Marxism, or “dictatorship of the proletariat” has in common is that implementation requires a planned economy. 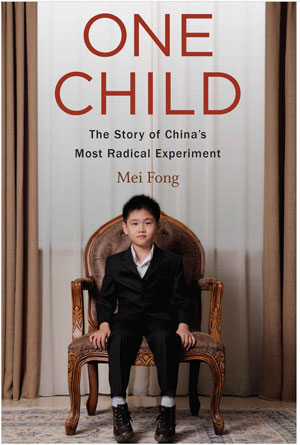 Private ownership and free enterprise inexorably lead society to revolution; the fingers of the Invisible Hand must be individually directed. The labor value of goods must be scientifically determined and allocational decisions duly set forth. Indeed, voluminous work was done for decades by Soviet economists exploring the subtleties of surplus value in service of economic planning, and none of it was (it turned out) worth the adding-machine tape it was ciphered on. So, in addressing the simple layman’s question, “Can Marxism work in practice?” the committed Marxists’ theory-based defense seems unpersuasive. Whatever “real Marxism” were to end up being, exactly, it would feature a planned economy.

Starting in 1958, the People’s Republic of China began the Great Leap Forward, a program of instant industrialization, in which all forms of agriculture and industry were “scientifically” collectivized, and farmers were ordered to make steel in their barns. Most of the steel the farmers made was useless, and the ensuing famine killed between twenty and thirty million people.

Starting in 1966-67, Mao Zedong believed that bourgeois influences were seeping into the Chinese Communist Party (and that his own influence was waning). Though the Great Leap Forward had been a tragic failure, his status as China’s revolutionary hero was still intact; in the public mind it was Mao who beat both the Nationalists and the Japanese to restore Chinese sovereignty and greatness. Mao’s Cultural Revolution was a unique social initiative. Elsewhere in the world, the rebellious energies of youth — intensified by the demographic bulge of the baby-boomers — were causing no end of problems to the Establishment. Under the Great Helmsman, youth’s ferment supported the Establishment. Young people, sometimes even grade-schoolers, were respected, listened to, given meaningful tasks — if they agreed to tattle on their supposedly counterrevolutionary elders.

During the Cultural Revolution, elementary education thrived in China. Literacy increased dramatically. However, education from the high school level up stopped, pretty much completely. Academics, scholars and scientists were tasked to work in the fields. Anyone who spoke out was violently silenced; estimates of the numbers killed vary greatly, between half a million and over two million. That vagueness isn’t just a matter of propaganda: China’s social infrastructure had broken down so profoundly that there was no way to count the number of casualties, even if the government had wanted to.

And then in 1980, China implemented its one-child policy. In hindsight, this draconian step seems to have been unnecessary. “By the 1970s,” Mei Fong writes, “a full decade before the policy, China already had in place a highly effective and less coercive family-planning policy, called the ‘Later, Longer, Fewer’ campaign.” Furthermore, birth rates in South Korea, Thailand, Taiwan and Singapore fell substantially during the same period, from over six to around two. So, if the voluntary campaign was working well, why did China adopt the more drastic policy? The reason was political. After the death of Mao in 1976, China’s leaders sought to redress the debacles of the Cultural Revolution, and to jump-start economic growth. This could be done most dramatically, they reasoned, by simultaneously increasing output and slowing down population growth. Deng Xiaoping set a goal of quadrupling China’s per capita GDP to $1,000 by 2000, and it was deemed that this could not be attained without a one-child policy.

Mei Fong is a Pulitzer Prize-winning journalist who weaves the story of her homeland’s population policy with her own struggle to conceive and give birth, investing her anecdotes and interviews with an affecting empathy. She takes up the story at the time of two momentous events in China’s recent history: the 2008 Sichuan earthquake, and the Beijing Olympics.

I was live-blogging the opening ceremony and trying not to think about miscarriage, or children, or the earthquake, which had all become linked in my mind to become one giant lump of misery. I thought the Olympics, with its relentless push to celebrate China’s glory and bury the history of its excesses, would be a good venue. But even here, it was impossible to escape reminders.

There were many. Ai Weiwei, China’s most famous dissident artist, had been a consultant on the gigantic “bird’s nest” Olympic stadium, but had disavowed it, saying the Olympics had become a sham. Ai Weiwei was jailed and fined for his attempts to publicize the cover-up of inferior school construction that was revealed when hundreds of children were killed during the earthquake. In Sichuan, parents whose only children had been crushed in the shoddy school buildings urgently petitioned the government to reverse their sterilizations.

The one-child produced a wide variety of tragic absurdities. Mei Fong’s book gives human faces to their victims. One of the most poignant is the condition of unofficial children. Under the One Child policy, parents who gave birth to an unauthorized child were fined. But the children themselves were denied any official identity, and became an underground caste, unable to legally hold a job or get married. There are an estimated 13 million of these undocumented or “black children” in China.

It is chillingly ironic that in the West, “a woman’s right to choose” has commonly been associated with the choice of when not to have a child, whereas in China it has been all about the choice to have one. The number of forced abortions under the One Child policy is probably not knowable, but it was large, and the line between abortion and infanticide has often not been clear. Similarly imprecise has been the line between transparency and trafficking, in the predictable growth industry of Chinese children put up for adoption.

China officially ended the One Child policy in 2015. It may not, however, be easy to restart population growth. Very soon, one in four Chinese people will be over 65 years old. And, having one child per family has become an established cultural norm in China; it may be hard to change that. Current demographic trends have China’s population hitting its peak and starting to decline between 2020 and 2030; by 2100 it may decline back to its 1950 level of around 500 million.

After her book was written, and after repeated failed en vitro efforts to conceive, Mei Fong and her husband moved to California in 2009, and at long last, in 2010 she gave birth to twin boys. After a long and stressful, interesting journalistic career, she relished her newly boring life. She began to tell her sons bedtime stories.

One day, I will tell them about a country once so poor, an emperor ruled that each family could have only one child. Of how a great sadness came over the land, and how people gave away their children, or stole other people’s, or sought the help of magicians to make their single precious child the strongest and brightest they could. And how it came to pass that there were fewer and fewer babies born to the land, and it became a country of the old.