First of all, Gross Domestic Product is a measure of what is actually produced, and land rent is the portion of that product that is actually paid to the landowner. We propose to collect the potential rent of land for public revenue. That includes the rental values of all the oil and other mineral land that is held in reserve, all the valuable airwaves that are held for speculation and all the vacant or under-used land in and around cities. Think of all the industrial land in the rust belt that contributes nothing to the GDP. It may have little or no value now, but in a revitalized, single tax economy it would be cleaned up and redeveloped. For all of these reasons, the Potential Rent is far greater than the actual rent experienced today.

Second: Knowing what the actual rent is now doesn’t convince the voters that there is any justification in taxing potential rent, although that is our most important goal. To the vast majority of people, land is “property.” Taxing land values is seen as the confiscation of property: the essence of communism.  Most people think that taxes are a necessary evil and that everyone should bear the burden equally, based on ability to pay. They have no idea that the value of land measures the benefits received from the community. They think that because they bought their land and paid the transfer tax, they should own it. Paying the tax every year feels like the government claims to own something that the landholders have paid for — a form of tyranny.

Land that has value is considered as capital. For the most part, the public has never considered it as being different from buildings and machinery: things that people invest in, in order to provide a good or service. Such investment is thought of as a job creator — an asset to the community.

Third: Economic theory tells us that all taxes are paid out of what would otherwise go to rent. If we shifted all taxes to the rental value of land, the initial result is likely to be that those who are using their land to its fullest will pay less in taxes (and those who aren’t, will pay more). One consequence of this will be a population shift from rural areas to urban areas. Productivity in those areas will increase as populations increase and the land is redeveloped with far more mutual support among businesses. As people leave the least productive land, it will lose its market value. It will be free — creating an alternative place for employment. This will tend to improve labor’s bargaining power, raising wages across the board.

Envisioning the shape of a future Georgist economy is a very worthwhile thing to do. Doing so involves modeling the huge dynamic effects of putting hitherto-unused land to economic use, and removing the tax penalties on that use. Therefore, though it is tempting to try to satisfy the demands of mainstream economics for “data” on land rent, that research would not help us to make our case. The amount of actual rent enjoyed by owners of land today has no relation to the amount of potential rent available as public revenue in a Georgist economy.

Whether the rental value of land is small, as it was in 1789, or high, as it is in 2016, when the community fails to collect the rent, the result is idle and under-used land, unemployment and low wages. The rental value of land, be it low or high, belongs to the local community and society as a whole. Therefore the land value tax solution to unemployment, low wages, and the need for public revenue is  completely justified — no matter how much of the GDP is land-rent. 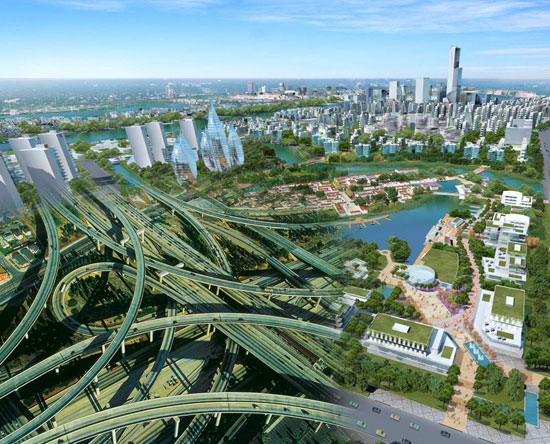