It would be foolish to describe the current situation in the UK housing market as a “crisis,” as this suggests some unforeseen events which suddenly come to a head and which the government has to deal with urgently. Far from it, the state of the housing market is the inevitable result of quite deliberate changes in UK government policy over the last thirty years or so, which we are feeling the full impact of now.

If we go back to the period between 1945 and the 1980s, what is remarkable is the rate at which owner-occupation levels increased. The share of owner-occupier households rose from 30% to 60%; the proportion of social tenants increased from 20% to 30% and — in a development which has received much less attention — the share of households renting privately fell from 50% to 10%.

The spread of owner-occupation is often perceived to have created a more equitable distribution of wealth, but as we will see, this trend did not happen by accident: it was the direct result of policies which were intended to reduce the concentration of wealth — it was the effect and not the cause. 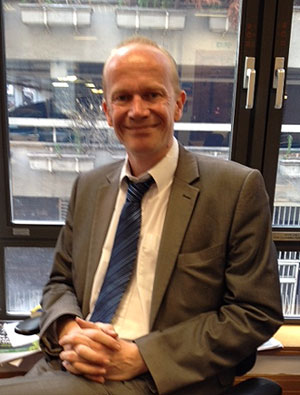 And although the 18-year boom bust cycle was not completely suppressed, the house price bubbles in the early 1950s and early 1970s and even the late 1980s were relatively short lived affairs. Bank lending/mortgage borrowing was never allowed to reach dangerous levels, so none of these earlier bubbles resulted in the massive banking ”crisis” which has persisted since 2008.

So what was the government doing during that earlier period? Why did this lead to a more equitable distribution of wealth? How was the house price and banking boom-bust cycle dampened? Why did the level of owner-occupation grow so rapidly (even before the last short term boost of the 1980s council house sell-offs)?

There was an overall package of policies as follows:

1. Since 1918, the government had been controlling rents through a variety of rent acts. Landlords could not collect all of the location value, so by definition it went to those people actually living and working in an area who could enjoy ‘for free’ the location value they helped create because of the discount from what the unregulated rent would be.

2. If the regulated rent is only half the unregulated rent, then clearly, the amount which landlords are prepared to offer to buy a home is only half what it otherwise would be, making it much easier for first time buyers to compete. Buy-to-let lending was virtually unheard of, and until 2000 or thereabouts, banks required larger deposits from landlords and charged them higher interest rates compared to owner-occupiers.

3. Rent controls are a blunt tool, so the government also increased the stock of social housing, which made it available relatively easily and at very affordable rents. Historically, social housing has always made a slight profit in cash terms for the government; even though the rents were less than private sector rents, the rents collected were more than enough to pay interest and running costs. And until the council house sell-offs, there was no need for Housing Benefit, another huge saving to the taxpayer.

4. To prevent credit bubbles arising and to prevent first-time buyers entering into a borrowing arms race (and bidding land prices back up to their unregulated value), there were mortgage restrictions. Buyers were expected to pay larger deposits and mortgages were effectively capped at twice the main borrower’s income — until the 1980s, the average loan-to-income multiple was only two.

5. Clearly, neither rent controls nor mortgage restrictions would prevent homes in the more expensive areas being sold to the cash rich for their unregulated value, so we had Schedule A taxation of notional rental income (until 1964) and Domestic Rates (until 1989) which were highly progressive — the tax on the most valuable homes was a hundred times as much as on the cheapest.

6. Until the 1970s, we were building 250,000 — 300,000 homes per year. For the reasons explained, these were not snapped up by landlords, they were sold to owner-occupiers who paid much less for them than in today’s unregulated market.

7. Also worth a mention is that rental income was taxed at higher rates than earned income.

There was some watering down of this package even in the 1970s, but Thatcher and then Blair-Brown completely dismantled every bit of it in the 1980s and 1990s. 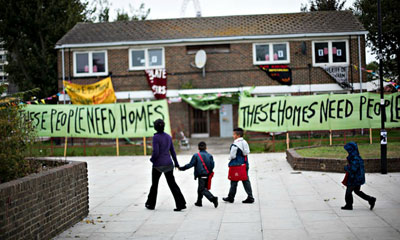 So it is any surprise that those born in 1970 or later are more or less shut out of owner-occupation; they are doomed to either pay ever rising rents or take out a crippling mortgage which will take them decades to pay off, as against the ten years which was normal thirty or forty years ago?

Most sickening of all is that the Baby Boomers have conveniently forgotten all this;, they genuinely believe that they are somehow morally superior because they ‘rolled up their sleeves and paid off the mortgage’. They are blind to the fact that they could buy their first home for a price that was only half the regulated price, and they did not even pay off their mortgages out of taxed income — their interest payments were subsidized via a scheme called Mortgage Interest Relief at Source (MIRAS), so a large chunk was paid out of untaxed income.

The unearned capital gains they think they have earned are merely the direct result of the abolition of all the old regulations designed to redistribute the location value in an equitable fashion. The wealth that they have accumulated was handed to them on a plate; they bought at a time when the government kept rents and house prices low and are selling at a time when the government has allowed rents and house prices to skyrocket.

Speaking on behalf of the Young People’s Party, reintroducing the old system of rent and mortgage caps, building more social housing, etc. would be a good step forwards, but in terms of ensuring an even fairer distribution of location values and hence wealth, there is an even better policy — which is to reduce taxes on earnings and output and to increase taxes on location values instead.

Calculations suggest that if we moved half the tax burden off earnings and output and onto land values, young working households would be £10,000 a year better off. Such a tax system could easily be run in conjunction with rent and mortgage caps, so this is not an either-or choice.

This article was originally published at the website of The Devon Henry George Society.