Alan Tonelson is a Research Fellow at the US Business and Industry Council Educational Foundation, an organization that seeks to shore up US “sovereignty” by means of protectionist trade policy. On March 2nd, he contributed an op-ed piece to the New York Times praising Donald Trump’s ideas on international trade. He notes that many economists are skeptical about Mr. Trump’s stance on trade, saying that automation is turning out to be a bigger job-killer than offshoring, and that a new round of tariffs and other such policies will “ignite disastrous trade wars.” Tonelson counters that the doubters are wrong on both points. American manufacturing’s most advanced sectors remain big employers, and much of their payroll shrinkage stems from predatory competition from high- and low-wage countries, as well as offshoring by American multinationals. And the trade-war alarmists overlook the matchless, yet overwhelmingly neglected, leverage America holds over the global economy.

This reminds me of a point that Tonelson’s ally, Ian Fletcher, makes in his book Free Trade Doesn’t Work: that the US can withstand the hit of a large tariff because of its economy’s underlying strength. Presumably the idea is that the long-term benefits will be greater than the losses, but it’s hard to see how; in the long-term, laying down a 100-pound weight makes walking easier, too. 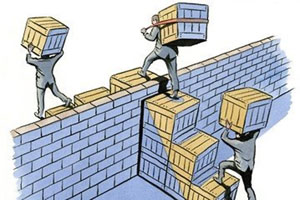 Indeed, one strong reason for the relative strength of the US economy is that it has (thus far) not seen fit to saddle itself with value-added taxes at the national level. Yet Tonelson isn’t sure that’s a good thing. In a 2010 article in Harper’s, he argued that job-killing trade deficits are partially due to our lack of a VAT, which is “applied only to goods consumed domestically, and since the United States lacks such measures, foreign VATs clandestinely subsidize exports to the United States by subtracting the cost of foreign governments for everything that is not consumed locally.” He added that “America’s VAT-less tax system requires all goods produced in the United States, wherever sold, to carry the costs of the US government.” This is, of course, not necessarily true. It assumes that the cost of government must be paid by taxes that burden the production and sale of goods. One can suggest ways of raising public revenue that don’t do that.

Tonelson, like other protectionist writers, begs the question, citing the “job losses” due to trade deficits as proof that trade deficits cost jobs. The US has had a large trade deficit for decades, during recessions as well as during periods of strong growth. It stands to reason that artificially lowering the trade deficit by penalizing imports would tend to decrease consumers’ buying power. That would cost jobs. Furthermore, the exclusive focus on trade balances ignores the fact that the United States has long maintained offsetting exports of other kinds: financial services, currency, and military services, which have substantial value, but don’t show up in trade deficit figures.

Tonelson writes that trade shortfalls in the areas of auto production, semiconductors, machinery and pharmaceuticals cost more than 200,000 US jobs in 2014 alone, “leaving aside any impact from labor-saving technologies.” Since then, he says that job losses due trade deficits and automation have only gotten worse. But this is, I think, a simplistic and dubious argument. His job-loss estimate seems to simply extrapolate how many jobs would produce a trade-deficit worth of goods. But, demand for labor is created by the efficiencies that come from cheap imports, especially imported parts of complex goods. Those jobs would be lost if imports were discouraged — plus, there would be a deadweight loss from the cost of the tariffs.

Tonelson goes on to dismiss trade-war alarmists by saying that exporting countries simply won’t be willing to alienate the world’s biggest consumer. His logic seems circular here, as well. He asserts that tariffs (and “Border Adjustment Taxes” against exporters who charge VATs) will do less damage to the US than to its trading partners. Yet it will inhibit US imports — which, by Tonelson’s own logic, will cost foreign jobs, thus decreasing demand for US exports.

“Countries that have come into Mr. Trump’s trade crosshairs,” Tonelson suggests, are particularly vulnerable. “Slow-growing Mexico, for example, would be performing much more sluggishly if it were not able to export the equivalent of 28 percent of its annual economic output to the United States. Its auto shipments to America alone are its biggest generator of foreign exchange reserves.” Maybe — but it’s also possible that if Mexico can’t export as much to the US, it’ll use its newly-established manufacturing infrastructure to develop markets in the BRICs. In that case, wouldn’t the US lose more than Mexico would?

China also holds a weakened hand in the international trade game, which both Tonelson and Trump seem to view as a zero-sum process. Slowing growth in China makes it ever-more dependent on its trade surplus with the United States. Tonelson notes that “governments in institutionally weak countries like Mexico, or undemocratic countries like China, tend to stay in power by lifting national living standards. Losing unfettered access to the American market could undermine the leaderships in both countries.”

It’s not clear how that would benefit the United States.

It’s unclear which trade measures Mr. Trump will use to draw factories and their workers stateside. Nor has he announced domestic policies to aid these efforts. But the official manufacturing job and trade statistics make it entirely obvious that the rewards to the American economy will be substantial. And as Mr. Trump [has] made clear, America has a president who understands its ample power to reap them.

Statistics can be interpreted in various ways. You’d think that a Trustee of the Henry George School would realize that there’s another, much less problematic way to make US manufacturing more competitive. The tax burdens on the entire productive process are another big part of the incentive structure, and though conventional wisdom treats them as if they were cast in stone, they really aren’t. Sophistry aside, the fact is that international trade tends to increase productivity, and high tariffs tend to hinder it. I would urge Mr. Tonelson to consider the effects, on American competitiveness, of shifting public revenue collection off of productive enterprise, and onto natural opportunities. 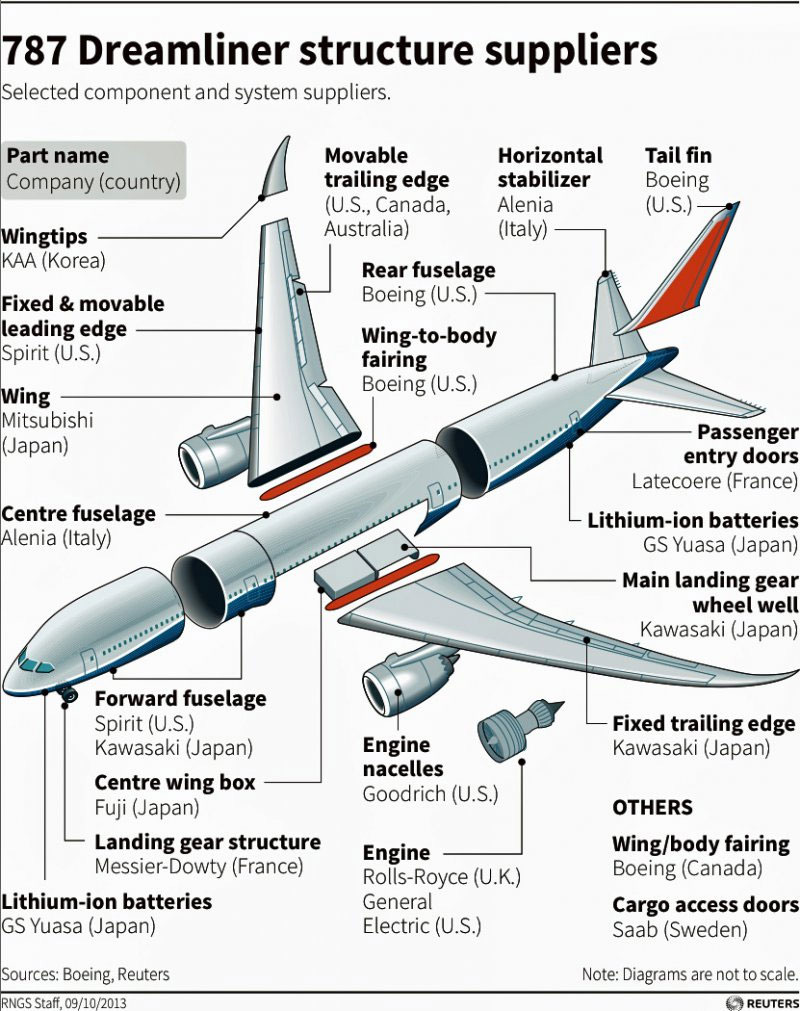