Some years ago as I was slowly building a biographical history of the Georgist movement, I came across a 24-page book titled Whose World, written in 1944 by Margaret E. Bateman. It was clear to me that she was a knowledgeable follower of Henry George, familiar with many of the leading lights of the Georgist movement around the world. Later, I would learn that the book was published by the Henry George School in New York and that Margaret Bateman then the Director of the school. END_OF_DOCUMENT_TOKEN_TO_BE_REPLACED

It’s been nearly 50 years since I became acquainted with Henry George, and I have never been so haunted by his words as I am today. END_OF_DOCUMENT_TOKEN_TO_BE_REPLACED

The word “panacea” comes to us from the Greek: pan, all, and akea, cure: a “universal remedy.” It’s rare to hear the word used without sarcasm. Our times are just so multifarious and complex, so nuanced, so challenging even to the finest Ph.Ds, that the suggestion of a Cure-All for society seems ludicrous. Georgists yearning for a normal conversation, weary of derision and disdain, are tempted to admit, heartily, like regular fellows, that “oh, I know it isn’t a panacea…”

But, folks, there’s no use denying it: the Georgist Remedy is a panacea.

It would almost certainly be easier on us, psychologically, if the cause to which we are devoted weren’t so universally potent. I mean, suppose we could confidently proclaim the answer to high-temperature superconductivity, or ocean desalination, or saving the polar bears, or curing the heartbreak of psoriasis or making windows that wash themselves. In that case our advocacy — even, dare we say, our marketing — would be much, much easier and Georgists wouldn’t be as prone as they are to headaches, self-loathing and odd behavior.

But no, we’re in the bizarre position of having to admit that in today’s economic world, delivering on a promise of cheap, abundant fresh water and electricity, happy polar bears, healthy skin and clean windows would have the ultimate effect of raising the rent of land and driving the wedge between rich and poor even deeper.

With all that in mind, there may be some reassurance in the caveat that the “sovereign remedy” is only a panacea if it’s implemented in full: if as-near-as-can-be to all the rental value of all the natural opportunities is collected and democratically shared, ultimately under some form of worldwide jurisdiction or at least global responsibility. That would undoubtedly cure what ails us. But if we yearn for normal conversations, we can take heart in the fact that the first steps of a thousand-mile journey, vital and laudable as they are, leave us with nine hundred ninety-nine and three-quarters miles to go.

For example, a revenue-neutral shift of property tax off buildings and onto land values is a fine thing. It stimulates new construction, creating jobs and new business, and it tends to cut down on land speculation. Very good! But it can also increase demand for land in that community, tempting richer land speculators to hold onto their land for higher prices to come — LVT, in the immortal words of Colin Bonner, can “benefit the Trumps while it hurts the Frumps!”

Or, consider royalties collected on extractive resources, and public capture of rents created by new infrastructure. These are fine things to do. But… if the resource rents are collected by a corrupt, undemocratic regime — as they are in Nigeria — they just serve to strengthen despotism. When rents are captured, and then used to line the pockets of political cronies, as they are in China, what social problems are solved?

Nevertheless, land value capture helped China to create a huge amount of growth-facilitating infrastructure, and LVT allowed Harrisburg, Pennsylvania to transform itself from a hell-hole to, all-in-all, a pretty snazzy city. The first steps aren’t worthless or bad; they just aren’t the whole trip.

But back to the panacea business. It shouldn’t surprise anyone that the Georgist Remedy (a.k.a. the Single Tax, or Elvie Biffer — see page 8) can honestly and accurately be called a cure-all, because it has to do with who controls the land, and how the land is used. Only in an alienated postmodern world could that be seen as anything but absolutely central to society’s accomplishments and prospects. When Henry George wrote:

The ownership of land is the great fundamental fact which ultimately determines the social, the political, and consequently the intellectual and moral condition of a people. And it must be so…. On the land we are born, from it we live, to it we return again — children of the soil as truly as is the blade of grass or the flower of the field [,]

he was closer to the days, lives and worldviews of indigenous people than we are today — yet his insight is as true as it ever was. In fact, it’s truer: the land under the world’s cities is worth more and more, with every new wave of migration. To be sure, it can be tiresome, even Sysiphusian, to have to keep re-explaining an outlandish nostrum — but let’s keep it up, because the Georgist Remedy is indeed a panacea.

And the other side of the mountain is all downhill.   — L. D.

The Georgist movement is at an interesting point in time. A new generation of reformers have found the story via the many online learning tools available. The potential to develop new avenues of learning awaits. Geo-Spatial analysis is just one of the new windows of opportunity, where Google Earth-type public policy surveying of land use is thriving. END_OF_DOCUMENT_TOKEN_TO_BE_REPLACED 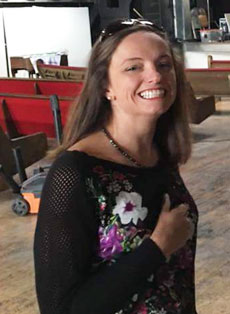 After the Detroit Conference last August, I was inspired to stay involved with the Georgist movement. Detroit was a wakeup call to reality for me — to the existence of a movement with promise and real opportunity to make the world a better place.  It was important to me to follow through with what I challenged the group in Detroit to do, to pick one project to work on during the year and to give it your all. END_OF_DOCUMENT_TOKEN_TO_BE_REPLACED

As I write this, news of the terrorist truck-massacre in Nice, France has just broken. This comes on the heels of a series of horrible bombings and shootings. One may be inclined to let the mind go blank, refuse to engage, dive into entertainment or anesthesia. Another common response is to drop everything and try to do something about it! Now! Before it’s too late!  Yet I believe a deep breath and a healthy dose of course-staying are really what’s called for. END_OF_DOCUMENT_TOKEN_TO_BE_REPLACED

Like many Georgists, I know that the ‘lift off” is going to include a dramatic work that puts a face to the wrong that is resource privilege. But few have a skill set that includes both insight into economic life and compelling storytelling. Yet this is still a “must do” avenue for the movement. I saw something today that was dramatic and could help.

It was from a piece of fiction, but very real, almost even a cliché. There was a giant movie project that involved hundreds of lives, and it could not go forward because the son of the financier was jealous of the lead’s girlfriend.

Corny? Sure — but this is what rent does: it gives great power to people who haven’t earned it, and that power gets abused for the pettiest of reasons. Just about every class-conscious piece of fiction exposes the decadence of the privileged class as it rains collateral damage on the serfs that make it all work.

We have an almost comic example of this, writ large, running around the country pretending to be worthy of the White House. A man whose father left him $200 million in real estate — had he not, we’d never have heard of him. And his support seems to come from nothing other than a) he hates the “bad” people; b) he’s very, very rich. It’s a rent cult!

Here in Kern County, California, I’ve seen some of the nation’s most profound poverty, and the culture of “faith” dependency. I was stuck looking at the wrong end of the story. How hard people try to make their business work, but they just cannot stay ahead of the rent payments! Landed privilege forces people to bust, even when there is 50% plus commercial vacancy.

We need a Great American Story that ties these two ends together. This country is aching for a tale of decadence and revolution: something more organic, more human, than vampires of Jupiter Ascending, or the faceless aristocracy of Hunger Games.

Henry George’s life and work have interested a small number of academic historians in each generation since George died in 1897. The latest of these, Professor Edward O’Donnell, succeeds in bringing to life the temper of the times during which Henry George rose from obscurity to become a champion of what he embraced as the true principles of republican democracy. END_OF_DOCUMENT_TOKEN_TO_BE_REPLACED

Why does a wonderful idea fail to win popular support? It could be because its opponents were rich and powerful — and willing to wage war. END_OF_DOCUMENT_TOKEN_TO_BE_REPLACED