In 2000, the government of the West African nation of Alodia was overthrown in a military coup led by General Samuel Akuopha. This event raised little comment in the international press. African coups tend to come and go; indeed, Alodia’s neighbor, Cote d’Ivoire, was going through one of its own at roughly the same time. Whatever the local reasons for such events, from a distance, they tend to seem banal — some variation of the “generic” African coup described in Chinua Achebe’s novel A Man of the People. END_OF_DOCUMENT_TOKEN_TO_BE_REPLACED

Twenty years ago I made a decision that has been nearly all-absorbing of my time and energy. I started to compile the documented history of the people who came to embrace the principles embraced by Henry George. Today, despite a considerable number of books and published academic papers on the history of the movement established by Henry George and his generation of stalwart supporters, few people in any country one might name know the movement lives on. END_OF_DOCUMENT_TOKEN_TO_BE_REPLACED

A major thing that confuses people about Georgism is that it transcends the confused mind sets of “evil state” or “good state.” Either side of that great false dichotomy is fascinated with its own spurious assumptions — and thus they both do great damage to the simple concept of peace, but in different ways.

The right thinks that private property in land is the bastion of freedom which can only be threatened by the monstrous state. But they cannot face the hypocrisy that both the landlord and the state seize, exclude, legislate and confiscate. The only standing answer to this is the poor one supplied by the left. The right seeks to destroy the left, as an ugly man might try and destroy his ugly shadow. The left then rests its case, not on any principle at all, but merely a recognition that something is wrong — which can be fixed with some good old fashioned seizing, or “virtuous taxation.”

The left say they are “here to help” — which means they are here to take control of allocation decisions: a finger in every pie, a piece of every action.

When people from the right come into Georgism, they are immediately confronted with the landlord/state hypocrisy and if they think things through, they fold on their faulty assumptions about the state being the only evil — which brings them pretty close to the Georgist truth.

One of the great successes of the Koch family assault on libertarianism is the cultivation of paranoid cranks, helping them pretend that they are the guardians of liberty. The most powerful supremacist conversion is the one that takes the energy of alienation and self-loathing and turns it into dogmatic hate. The mob thus formed is impervious to influence or reason — ready to obey political monsters.

People from the left have no core belief to give up, so no great conversion can happen there. They tend to incorporate or adapt Georgism into the mishmash of beliefs they already hold. But Georgism doesn’t really adapt; it’s just a set of associated tautologies on the meaning of freedom, and an optional but effective solution to the act of forced exclusion. Tautologies don’t bend, don’t adapt. And so, while the adapting lefty might give a wave and toss a kiss at the concept of individual freedom, they just aren’t into that. Its not their motivating assumption. And what’s worse, the right has been throwing “individual freedom” at them for years. Having never bothered to unearth the base hypocrisy of the right, the left has instead learned to ignore or even revile the concept of individual liberty.

This creates a cottage industry of ways to assail the individual via the false gods. Priorities that abandon sense: “Social contract,” “Democracy,” “Christian Charity,” “decent society,” “human dignity,” blah blah blah. These are just dressings put on the fallacious appeal to authority, to cover their particular version of utilitarianism.

This means that left versions of Georgism can’t quite give up on the sticky fingers. All this land rent becomes the manna from heaven for the CD or the BIG. (Basic Income Guarantee, a slogan worthy of Madison Ave.) Then LVT becomes a means for redistribution instead of the direct and limited reaction to the exclusion. That’s not Georgism: it’s just a raid on the recovered externality.

People, in our search for better ways to use the earth, have recognized that some decisions on the use of the commons of freedom are best not made in common. And so exclusive use is granted in that end. But this simple pragmatic act has been conflated with property in created goods, and used to excuse and perpetrate all kinds of attacks on freedom. Georgism denies that the left and right are opposites, exposing their separate hypocrisies to reveal how they are the same.

In its purest form Georgism is used to undo aggression. This sets it fundamentally apart from the agendas of the right or the left. It sets a different course that contradicts both by making only appeals to peace and the justice of freedom and equality. Instead of aggression and counter-aggression, Georgism is the way of peace.

There has been a persistent chorus in Georgist circles about the vital importance of money in political economy and social reform. This concern isn’t new, of course — many traditions condemn usury and seek to reign in financial excess in various forms. Lately, also, it makes sense that these issues would be on our minds: we’ve just had a global economic crisis, during which a number of “too big to fail” banks had to be bailed out in order to avoid another great depression! END_OF_DOCUMENT_TOKEN_TO_BE_REPLACED

For a century now the Georgist movement has dropped what was originally named the “single tax” and adopted “Land value taxation.” There are some who think that the two concepts are really the same. However, there is a difference. END_OF_DOCUMENT_TOKEN_TO_BE_REPLACED

We watch, with bewilderment, the gulf between rich and poor grow. The world’s privileged few, lusting to amass wealth at the expense of the well-being of the vast majority, have effectively consigned the greater part of the world population to an endless life of hardship in the midst of abundance. END_OF_DOCUMENT_TOKEN_TO_BE_REPLACED

The following quiz was handed out to participants at the Detroit conference We received 29 completed quizzes — not a bad turnout for such a heady exercise. The number of respondents who chose each answer is shown at left. Of course, reasonable people can — and do! — disagree, but I announced at the time that in my mind, at least, each question had a correct answer. I attempt to explain my thinking on that, below. END_OF_DOCUMENT_TOKEN_TO_BE_REPLACED

We caught up with Sue, the CGO’s tireless conference planner, for a few words about the state of our movement, and the importance of face-to-face meetings.

GJ: You’ve been been doing the CGO conference all these years. How have the conferences changed?

Sue: First real one I did was 1993. How it’s changed? Well, we use a lot more social media now, and more technology in general. We’ve changed from going to college campuses, to affordable hotels. Unfortunately our numbers have shrunk — but still, we have a good time! END_OF_DOCUMENT_TOKEN_TO_BE_REPLACED

The joint conference of the Council of Georgist Organizations (CGO) and the International Union for Land Value Taxation (IU) held in August in Southfield, Michigan has come and gone. END_OF_DOCUMENT_TOKEN_TO_BE_REPLACED 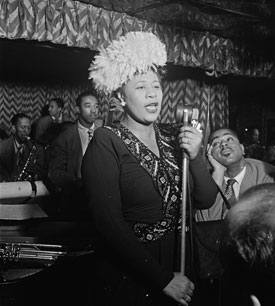 It’s a romantic love song — but, there are some who might be tempted to suggest it as a theme song for the poor old Georgists. We live in a newfangled era — have for at least a hundred years. My goodness, people, by this time a century ago the Model T Ford was already seven years old (and Progress and Poverty came out twenty-nine years before the Model T)! END_OF_DOCUMENT_TOKEN_TO_BE_REPLACED