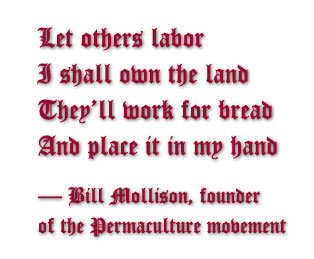 The Editor’s comments in the Spring Issue on whether a movement or an organization best serves Georgists’ efforts brought to my mind a remarkable article written many decades ago. “Prisoners of the Organization or Servants of the Spirit” by W. J. Brown (an M.P., and so, knowing whereof he spoke) published in The Spectator in 1949. Brown unfolded how irremediably, simply on account of its hierarchical structure, an organization formed to promote the noblest of ideas comes eventually to betray it. The preservation of the organization itself, presenting the idea, becomes in time the ultimate priority. END_OF_DOCUMENT_TOKEN_TO_BE_REPLACED

Shirley-Anne Hardy’s new book is a wonderful contribution to Georgist literature, which can interest people not usually inclined to study economics. END_OF_DOCUMENT_TOKEN_TO_BE_REPLACED

In a letter to Land and Liberty referring to a discussion of the origin of natural moral laws, Ed Dodson wrote the following:

Henry George could not bring himself to state what is to this writer an important aspect of our liberty which is the right of freedom from religion. END_OF_DOCUMENT_TOKEN_TO_BE_REPLACED

“Land Tax is Back on the Agenda”. So reads the heading of an article usefully reprinted in November’s Comment, from its earlier publication in the  of 15 October. “Usefully”, because I suggest it is well for us, at this early stage in the matter, to grasp what an appalling misnomer the term “land tax” is! END_OF_DOCUMENT_TOKEN_TO_BE_REPLACED

I recently read a fascinating article which stated that sugar and its associated fermented commodities (i.e., rum) gave birth to colonial rule on a global scale. The thesis offered much of interest, but there was a gap in its conception of how globalization arose. END_OF_DOCUMENT_TOKEN_TO_BE_REPLACED