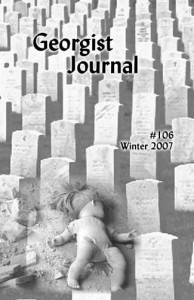 By the Way: With One Voice — Lindy Davies

The typical Georgist is a layman rather than an expert. He is the citizen George speaks of who must think about political economy, rather than an expert in economics. A Georgist is more concerned with the ethical implications of political acts affecting economic life than with abstract economics or technical economic data. For him economics is a means to a moral end.    — Robert Clancy