The history of the Congo is long. Some historians think that Early Congo History began with waves of Bantu migrations moving into the Congo River basin from 2000 B.C. to 500 A.D. and then gradually started to expand Southward. The modern history of the Congo may be divided into four periods starting in 1885, after the Conference of Berlin divided Africa into separate states which were then ruled by European’s imperial powers.

Colonization. King Leopold II of Belgium acquired control over the Congo territory in 1885. He named it the “Congo Free State,” and ruled it as his private property from 1877-1908. The Belgian parliament took over the colony from the king in 1908. The Belgian Congo achieved independence on June 30, 1960 under new leadership representatives of various political parties. Mr. Joseph Kasavubu of the “Alliance des Bakongo” (ABAKO) party was elected the President; Patrice-Emery Lumumba, the leader of the National Movement of the Congo or MNC, became prime minister, and Lieutenant Colonel Joseph Mobutu (Mobutu Sese Seko) was appointed as chief-of-staff of the new army, the National Army of the Congo (ANC), and became the also Secretary of State. The new nation was given the name “Republic of Congo.”

Adjustment and Crisis. The Congo spent the first half of the 1960s adjusting to its independence. In 1961, the Democratic Republic of Congo [DRC] was destabilized by army mutinies, unrests, riots, rebellions and the secession of the country’s richest region, Katanga, soon followed by a similar move in the Southeastern Kasai Province, which declared itself the Independent Mining State of South Kasai. The United Nations played a critical role in managing this crisis, which was further compounded by the trial of strength at the center between President Kasavubu and Prime Minister Lumumba, culminating in Lumumba’s assassination at the hands of the Katangan secessionists in January 1961.

Dictatorship. In 1965 Mobutu, by then commander-in-chief of the army, seized control of the Congolese territory and declared himself the country’s president, head of the sole political party. In 1971 he renamed the country the Republic of Zaire. Once prosperous, the country markedly declined. Rampant corruption and abuse of the civilian population ensued. The need for change was widely understood; various political parties were organized, presidential elections were held and social justice programs initiated. The Sovereign National Conference in 1992 brought together more than two thousand representatives from various political parties and NGOs. 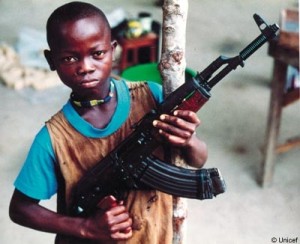 The Congo is Rich in Human and Natural Resources. It has the third largest population in Sub-Saharan Africa: 65.8 million. It has the second largest rain forest in the world. Precipitation is ample; it rains six to eight months of the year. Agriculture was profitable before the economy failed. It was 56.3 % of the GDP. Main cash crops include coffee, palm oil, rubber, cotton, sugar, tea and cocoa. But the revenue collected from the agricultural work and farming has greatly diminished in the past decade and is now only 15 % of the GDP.
The DRC is rich in a variety of minerals: copper, cobalt, diamond, gold, zinc, oil, uranium, columbite/tantalite (coltan, an essential material for cell phones and other electronics) and other rare metals. Traditionally, one mining company in upper Katanga named Gecamines has dominated mining. Copper and cobalt accounted for 75% of the total export revenues, and about 25 % of the country’s GDP. The DRC was the world’s fourth-largest producer of industrial diamonds during the 1980s.
Despite the abundance of resources, the DRC is one of the poorest countries in the world. The country’s official economy has collapsed in the last few decades due to hyperinflation, mismanagement and corruption, war, conflict and general instability, political crisis and economic dislocation. Moreover, the spread of HIV/AIDS has contributed to an overall deterioration. As the DRC is hit by the global economic downturn, exports (lumber, oil, diamonds and other ores in particular) have declined, whereas the high costs for imports of most basic needs remain unchanged. The consequence is an acute deterioration of the balance of trade and the collapse of foreign investments. The DRC’s foreign debt stands at over $10 billion. — M. R. M. B.

Decade of Conflict. In May 1997, Joseph Kabila, leader of a rebel movement supported by neighboring countries, challenged Mobutu and forced him to leave the country. Kabila seized control, declared himself president and renamed the country the Democratic Republic of Congo. After Kabila was assassinated in January, 2001, power was transferred to his son Joseph Kabila II by appointment. On December 18, 2005, for only the second time in 46 years the Congolese voted in a presidential election. Kabila won the elections against his opponent Bemba. This has sparked off riots and civil war.

Since the beginning of its independence in 1960 to date, instability has prevailed in the DRC. Although significant attempts have been made to stabilize the political and military establishments, the Congolese people still live in an all-pervasive state of insecurity. This has made a shambles of the economy and social conditions for the Congolese people. The poorest, as always, are the most affected.

Since 1998, an estimated 3.3 million people, mostly women, children and elderly have been killed as a result of armed conflicts. Another 2.3 million, according to NGOs reports in 2003, are homeless. The wars caused a drastic increase in the number of orphans, helping to create the gruesome phenomenon known as “child soldiers.”

The wars also exacerbated ethnic tensions over land and territory in Eastern Congo, posing a long-term challenge for the transition to peace. Because of domestic conflicts in the neighboring countries — Rwanda, Burundi, Uganda, Sudan, Central Africa and Angola — many civilian refugees and displaced soldiers fled to and infiltrated the DRC. Some insurgent groups attacking contiguous countries use the DRC as their base. This created regional tensions, and deteriorated the DRC’s relationships with neighboring countries. In the Eastern DRC, violence erupted between Congolese and the newcomers. This conflict is exacerbated by ethnic tensions in Eastern Congo. In the Kivu Region, Congolese militia (Mai–Mai) still fights to protect their land.
During the wars, the spread of HIV/AIDS has drastically increased, and this affects all aspects of the social, economic and political life. Many factors have contributed to the rapid spread of HIV/AIDS in the DRC, including poverty, lack of education, cultural norms, and war. Women and girls are raped and sexually exploited by the military in their own homes. Poverty drives some girls into prostitution, which increases their risk of becoming infected. Although some NGOs are focusing on the situation of women and girls, especially in the post conflict period, little has been done; women and girls remain defenseless. Recently international resources have become available to fight HIV/AIDS, but funds are not being used properly.

It is crucial to establish a new order. This means a new, uncorrupted and disciplined government, capable of improving the living conditions of the average Congolese. As a precondition the DRC must hold fair democratic elections. The future government must focus on education. Child education should become the number one priority. “Be educated or perish.” It is mandatory to shift the priorities from military security to people’s social welfare and development. Political corruption must be removed, and human rights violations must be dealt with, but everything depends on the eradication of poverty.

Commitment of all parties is needed: The DRC government, leaders of political movements and civil society, administrators, professionals, workers, in brief the Congolese citizenry on all levels. Men and women, adults as well as youth must be involved in the process of change. Local services, churches, NGOs, and international organizations must cooperate in support of political change.

The fight against poverty starts by properly managing available financial resources, and discouraging corruption. The available resources must be used properly. The annual budget must be voted upon, the budget plan respected, and the expenditures must be disciplined and limited. Auditing all economic activity on a regular basis should be mandatory.

The private sector and the national organizations must be encouraged to create more jobs.

Workers in both private and public sectors should get paid on a regular basis. The wage rates should be based on the work experience and educational background of the worker. The minimum wage must cover expenditures for basic needs.

Salaries must be readjusted and periodically augmented, regardless of boom-bust cycles.

Taxes must be used to rebuild infrastructures. People need to be educated to pay their taxes, which should be understood as constructive contributions to social welfare.

Finally, the government should address the tragic violation of human rights. People must be taught their human rights, and trained apply these rights in the appropriate situations. For example, people need to report human rights violations, discrimination and injustice, and to defend themselves against sexual harassment. A strong, functional judicial system must be established. People must understand and believe that human rights abuses will not be tolerated in the Democratic Republic of the Congo.

Marie Rose Mukeni Beya, Ph.D. is a psychologist specializing in child development. Prior to coming to the US, she was head of the Psychology Dept. at the University of Kinshasa. She currently teaches Georgist economics at the Henry George School in New York. She is fluent in French, English, Swahili, Lingala, and Tshiluba.