Dear Garri Kasparov, I write to you because I read the interview you gave to Der Spiegel. The translation into Danish was printed in the daily newspaper Politiken on March 22, 2007. It appears that you have formed “The United Anti-Socialistic Front of Russian Citizens” as a protest against President Putin and his suppression of democracy. You emphasize the unequal distribution of wealth by which Power Brokers — among whom ostensibly also Putin — and their beneficiaries have enriched themselves at the expense of the society. 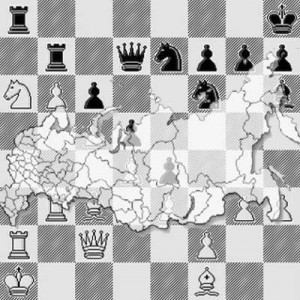 I thank you for having taken upon you this difficult and comprehensive task. A democratic Russia would be the best possible base for a peaceful global development. And it would also be decisive as to effective efforts for improvement of the environment such as initiatives to reduce global warming.

In the fight for democracy and against the might of oligarchs all strengths have to be united. Nevertheless I would like to ask for your most careful consideration of the direction in which you want Russia to develop. After the liberation of the Russian people from communist dictatorship, it has got into the clutches of the oligarchs. Many have found it like coming from the ashes into the fire; and they might feel attempted to swing the pendulum back and listen to politicians who more or less base their politics on the teaching of Karl Marx.

However, a return to a Socialistic Russia would be like having been told to “go back to the starting point.” Experiences prove that the highest standard of living is achievable in those democratic countries that have a free market economy. Not because these countries are especially well provided for by Nature, but because freedom for citizens and trade provides wealth.

Economic wealth does not necessarily mean high quality of life. But not surprisingly it seems that the most satisfied citizens are living in richer countries whose citizens have a say and have all the rights committed to the United Nations’ Universal Declaration of Human Rights. In relation to Russia it has to be emphasized that these countries have all the rights detailed in the Freedom of the press and Freedom of expression, have only little corruption and good protection of citizens against injustice exerted by the authorities.

These considerations do not lead to my recommendation to implement in Russia a socialistic/liberalistic government like the governments in the Scandinavian countries. Compared to the present Russian government it would certainly form a regular progress. But the system has considerable weaknesses. Firstly it implies a high degree of ‘nannyism,’ secondly it implies an unfair distribution of wealth. Expressed in another way: the socialistic part of the Scandinavian system is strongly limiting personal freedom and the liberalistic part of it exerts injustice

After the Russian people have lived under the Tsar, Communistic and Oligarchic Dictatorship the time is probably ripe for democracy, freedom and justice. Neither Marx nor the Liberalistic Economists are able to provide the right solution. The right solution is to be found with the American economist Henry George.

Henry George distinguished clearly between values made by the human beings as individuals, and values given by nature or created by the society. The latter values belong to all citizens in common; which means it is theft from the people when politicians give away oil, gas, minerals and other natural resources to private persons or companies.

The value of land (nature) will increase in time with the increase in common wealth. The incremental values created by the society fall in most countries to the holders of landownership. Henry George’s proposal was public collection from the landowners of annual amounts that would correspond to the increases in land values caused by the development of the society. By doing so the increase in the values of land will not increase the market prices of land.

Man-made values belong initially to the individual or company who made them. This attitude is the fundamental base for genuine personal freedom.

As a chess player I am aware of the unique tactical and strategic abilities you have demonstrated in your career. I hope and believe that you will be able to transfer these abilities to your political activities, where many more people may appreciate them.

My best wishes for success.