It is well known that Nigeria’s oil industry is characterized by a high level of inefficiency and massive fraud that has resulted in billions of dollars in lost revenue.

So, the recent tongue-lashing of the Nigerian government by the Venezuelan Ambassador to Nigeria, Enerique Fernando Arrundell, should not have been a surprise. Arrundell denounced the Nigerian Government’s obsession to deregulate the oil sector.

The Nigerian Government hoped to convince Venezuelan investors to invest in the country’s oil sector. Arrundell’s response stunned his audience:

In Venezuela, since 1999, we’ve never had a raise in fuel price…. What I pay for with N12,000 in Nigeria, in Venezuela I’ll pay N400. What is happening is simple. Our President Hugo Chavez decided one day to control the industry, because it belongs to the Venezuelans. If you don’t control the industry, your development will be in the hands of foreigners. You have to have your own country. The oil is your country’s. Sorry I am telling you this.

I am giving you the experience of Venezuela. We have 12 refineries in the United States, 18,000 gas stations in the West Coast. All are in the hands of Venezuelans. Before 1999, we had three or four foreign companies working with us. At that time they were taking 80% and giving us 20%. Now, even though we have 90 percent and give them 10, we have 22 countries working with us. You know why? It is because 60% of the income goes to social programs.

That is why we have 22,000 medical doctors assisting the people in their community. The people don’t go to the hospital; doctors go to their houses…. How come Nigeria, that has more technical manpower than Venezuela, 150 million people, and well-educated people all around, has not been able to get it right? Nigerians must take control of their resources. Venezuela has no illiterate people. We have over 17 new universities totally free. I graduated from the university without paying one cent, and take three meals a day, because we have the resources. We want the resources of the Nigerian people for the Nigerians. It is enough! It is enough Minister! 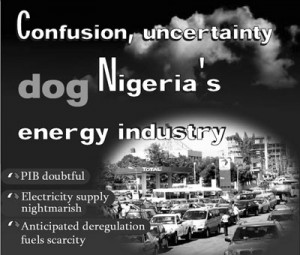 Likewise, American Secretary of State Hilary Clinton drew the anger of top Nigerian politicians during her visit to Nigeria when she bluntly remarked that a country like Nigeria that is a major oil producer, yet could not even develop an efficient transportation system for her citizens needed to take a second look at herself.

While the citizens hailed such frank remarks, they left sour taste in the mouths of the politicians. Today Nigeria imports almost 100% of her fuel needs, after exporting them in crude form. This is because massive graft and outright inefficiency has killed all the refineries that once were working. This same class of elite are now the importers of fuel — the very ones who make the poor pay exorbitant prices for fuel.

The Nigerian Government, apparently concerned about this shameful state of affairs, is poised to adopt deregulation as the answer, despite stiff opposition from the public. It has come up with a proposed Petroleum Industry Bill (PIB) currently under debate by the legislature in Abuja.

The aim of the bill, the Federal Government says, is to transform the oil industry into an engine of sustainable development, enhance governance, and eliminate toxic social and environmental impacts on producing communities. Much controversy has nevertheless trailed this bill. It is in this light that several civil society organizations, including Earth Rights Institute, were recently invited to a two-day consultative forum held in Yenagoa, the capital city of oil-rich Bayelsa State in the Niger Delta, to brainstorm on the merits and pitfalls of the proposed bill. 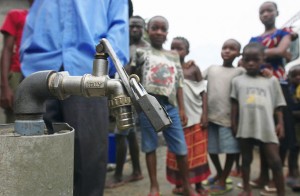 The government of Nigeria has consistently failed to ensure that communities benefit from oil production. To this end, the Federal Government has recently announced that oil-producing communities should hold a 10% share of all the Federal joint ventures in the oil industry — although this has yet to be explicitly written into the PIB now under consideration by the Federal lawmakers.

The Special Adviser to the President, Dr. Emmanuel Egbogah, who announced the Federal Government’s expectation from the Niger Delta ahead of the implementation of the proposed 10% equity grant to oil bearing communities, disclosed that it has commenced the process of identifying and collating the identities of oil-producing communities that would benefit from the package.

Abiama pointed out that this proposed equity participation called to mind the Niger Delta Fund Initiative (NDFI) proposed in 2003 by Earth Rights Institute* as a means of ensuring peace and development for the region, as well as guaranteeing uninterrupted oil production by oil companies. The latest policy proposal, however, raises several disturbing questions, such as which communities qualify for benefits as as oil-producing communities, and how this can be achieved without creating another round of inter-communal wars as others are excluded.

It was Abiama’s view that the NDFI, as an institutional mechanism along the lines of the Alaska Permanent Fund and the Alberta Heritage Savings Trust Fund, is generally the best way to ensure the whole region turns the resource curse into a blessing. Such a body effectively put in place would better manage investment challenges for the region as a whole. This is because, in reality, every community in the Niger Delta region is an oil-producing community, and the negative effects of oil extraction are borne by all.

However, in terms of specific projects, the social activist Barrister Kikile is correct in saying that an Impact Benefit Agreement (renewable every three years) should be signed before any oil company commences oil exploitation on their soil. This agreement should be enforceable by law. This should take the place of the usual “gentleman’s agreements” by which oil companies coerce their host communities into signing. In spite of the laudable-sounding objective of this initiative of granting 10% equity participation by oil bearing communities in all the oil sector, Barrister Bamiele Aturu called for more detail regarding just what the 10% share would be of, and which communities it would go to.

Presidential Adviser, Dr. Egbogah replied that “The Federal Government is going to grant a 10% equity position to the oil-producing communities in all the oil assets and businesses we do in the country.” This, he says, is the “mother of all resolutions” — much bigger than the current level of oil revenue going to the Niger Delta states. However, this political policy statement that has not been built into the various circulating copies of the PIB. 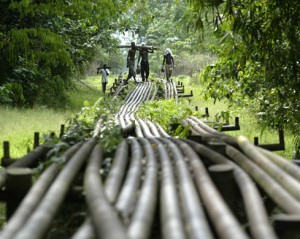 Analysts do agree that the bill contains laudable provisions on transparency. The official version of the Bill mandates that public institutions should be guided by the principles of the Nigerian Extractive Industries Transparency Initiative (NEITI) Act, doing away with confidentiality clauses that would prevent the disclosure of revenue information. The memorandum submitted by the inter-committee takes this provision even further, requiring the publication of contracts and mandating that companies submit data on their revenues and production costs to be summarized and published on the website of the National Petroleum Directorate, says Revenue Watch Institute legal analyst Patrick Heller.

“However,” says Heller “the PIB does leave in place a potentially significant loophole by allowing the Directorate to make a final decision about whether a clause represents a “proprietary industrial property right” that exempts it from the provision. By providing more detail on how the Directorate’s determination would be made, or by providing for judicial or administrative appeal, the Bill could provide Nigeria’s citizens with a stronger platform for demanding information and would reduce the risk of collusion between companies and the Directorate.”

At the close of the forum, there was a resolution calling on the Federal legislators not to rush into passing the bill, but to suspend further debate on it until the main stakeholders, the people of the Niger Delta, come up with their own version of the Petroleum Industry Bill.