Although I don’t call myself a “Georgist” and never have been part of your movement, I sympathize with your goals for a number of reasons, the main one being that I believe that the land value tax is far superior to the traditional property tax. I can’t think of a single persuasive reason why local governments shouldn’t phase out their current property taxes and implement land value taxes. Consequently, I wish you the best of luck. I write this letter in that spirit.

In the early 1980s, I worked for a now-defunct division of the AFL-CIO. In addition to knocking on the doors of the workers we were trying to organize, I wrote organizing materials, researched organizing targets, edited a local union’s newspaper, and ran the day-to-day operations of a national boycott. In the late 1980s, I did media relations in Washington, D.C. for a large civil liberties organization. I eventually got a Ph.D. in history, studying 20th century politics and social movements. Given this background, I think I know something about how marginal political groups get the public’s attention – and about how they can do it in a cost-effective way. My comments and criticisms are largely limited to the United States, as it is the only country I really know.

I won’t belabor the fact that your agenda has been implemented nowhere. Even in its more moderate forms, it has failed to catch fire. 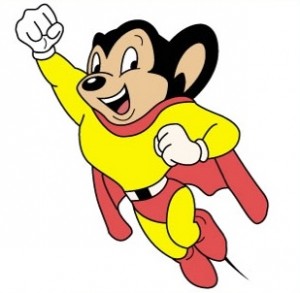 Leaving aside a number of complicated historical issues, I believe there is at least one relatively simple reason for your long train of failures: despite decades of proselytizing, hardly anyone knows about you or your ideas. Until people know who you are and what you stand for, you will continue to meet defeat in city halls, in referenda, in state capitols, and in Washington, DC.

Of the few politically-active people who have even heard of Georgism, most think your movement is extinct. The few who know that organized Georgism has managed to creak into the 21st Century tend to regard it as a historical curiosity – not unlike the Prohibition Party or the Black Panthers. Consequently, they see no reason to engage you in a battle of ideas.

Metaphorically, Georgists see themselves as boxers, ready to fight it out with anyone. But the Georgist is no ordinary boxer. He is H.G. Wells’s invisible man, but with an important difference. This particular invisible man fails to realize that he cannot be seen. If he wants the world to know what a great boxer he is, he must become aware of his invisibility and take steps (Bandages? Spray paint?) to remedy the situation.

How To Fix It

You must make your movement visible. This will make it appear bigger, more intellectually respectable, and more politically viable. Done correctly, it should also attract the new recruits you so desperately need. For example:

Move your Bricks and Mortar Operations to College Neighborhoods. Your New York organizations, for example, should be across the street from Columbia and/or NYU.

There are any number of reasons to make these moves, but the main one is that many college students are looking for something to believe in, and you should make it easy for them to find you and your cause. When they do, they will do what all young activists do: energize your movement. The Marxists and the Moonies understood this point years ago, but the economic philosophers who emphasize location above all else apparently have not.

A second reason to move near universities is to reduce your intellectual isolation. Mainstream economists dismissed your ideas, so you formed parallel institutions in what amounted to a separatist survival strategy. This may have been necessary – but you overdid it. You moved yourselves so far from the academy that many economists, historians, political scientists, and philosophers don’t know that you exist.

Get Ground-Level, Storefront Spaces, and Big Signs. Make your organizations look more substantial than the typical dental suite. Use those spaces to announce your presence to the world as best you can. (You might want to think about neon.)

Put your Website Addresses in Every Office Window and on Every Hardcopy Publication. This will provide easy access for the curious, and it will also make you look less antique.

Get Some Decent Graphics. Nearly all of the pamphlets, booklets, brochures, and so on that your groups churn out have that 1962 look. Most of your websites are not much better. (Of the many Georgist websites I’ve examined, Prosper Australia’s is the only one that appears to be connected to a vibrant social movement.) This problem is easily correctable; find some sympathetic graphic artists who can exorcise your stodginess.

Ideally, the move toward decent graphics might entail agreeing on a common symbol/logo which different organizations could adapt and mutate to their own liking. This symbol/logo should not look too corporate. One possibility: the standard three-of-spades playing card—three for the three factors of production and the spade to symbolize your concern for land.

Different Georgist organizations could modify this image to their liking— green spades, a torn card, whatever. You could have three-of-spades window decals, labels, bumper stickers, etc. Over the long run, the three-of-spades could become a truly international logo, known to Georgists everywhere.

Ride the Wave of the Rising Environmental Movement. The Georgists came closest to achieving a major political victory when they formed a coalition with a rising labor movement during the late 19th century. Perhaps the growing environmental movement could play a similar role today? The green movement could serve as a gateway to get people into your movement. And, Georgists honestly believe that they have something to offer environmentalism. I see nothing wrong with a smaller movement using a bigger one to achieve its own ends.

To their credit, many Georgists have already become active in environmental groups, but much more could be done. Among other strategies, the Georgist groups should buy advertising in every major environmentalist publication and your intellectuals should write articles in environmental magazines, appear at environmental conferences, etc.

Utilize Wikipedia. Wikipedia is now the largest encyclopedia in the world—and probably the most widely read. It is also written and edited by its own readers. As such, it is one of the most effective forms of free publicity in existence. And yet the major Georgist groups don’t even have articles. Many of your well-known economists, politicians, and activists have no articles in Wikipedia, or, if they do, the articles fail to mention the fact that these individuals believe/believed in the Georgist philosophy. “Failure to Wikify” appears to be a uniquely American problem. Both the Henry George Foundation of Great Britain and Prosper Australia have pretty good articles. So does the IU.

How Not To Fix It

Don’t try to organize on a top-down corporate model. If you do, any mistake could be fatal. Far better to have different organizations following different strategies, as we don’t know beforehand which strategies are best.

Don’t be exclusionary. Lots of people, for example, think the cigarette tax or the liquor tax is a neat idea. Let them; don’t say that such taxes “fail to conform to the Georgist philosophy” and “have to be repealed.” Just emphasize that the Land Value Tax would pull in far more revenue than mainstream economists are willing to admit, and that at the same time it would have beneficial economic effects. The Catholic Church has long understood this point. Their missionaries allowed the locals to incorporate all kinds of home-grown “pagan” rituals into church services.

Don’t think of the Internet as a substitute for face-to-face communication, hardcopy publications, or bricks and mortar offices. Used properly, the Internet is a wonderful tool, but by itself it tends to isolate people rather than connect them.

As a collection of formal, membership-based organizations, Georgism appears to be in decline. Fewer members mean lower dues and lower attendance at meetings. Sooner or later “the office” is forced to close and the group is reduced to a website/newsletter produced in somebody’s basement. If any of this rings a bell, you might take some comfort in the fact that other institutions are following a similar path: the veterans’ organizations, the fraternal orders (the Masons, the Odd Fellows, etc.). I suggest you keep a close eye on these groups, because if any one of them can figure out a way to reverse its long-term decline, then perhaps the Georgists can imitate its strategy.