That the earth belongs equally to everybody is a very attractive proposition. In fact, if the earth could be owned that is the way we would like to own it. Many Georgists believe it is the way to have equal rights in land. But the earth cannot be owned, either privately or collectively, because we did not produce it. That at least is the principle of the thing. Indeed, when we see the consequences of public land ownership we might be glad not to own it.

If we took the proposition seriously, we would have to find out who everybody is. Then, having done that, we would have a more difficult problem: how much is an equal share? Then, maybe even more difficult, how do we ensure that everybody only uses that equal share? And what do we do if they exceed or fall short of their share? For, what we have here is a joint stock company in which we all have equal shares or joint rights. 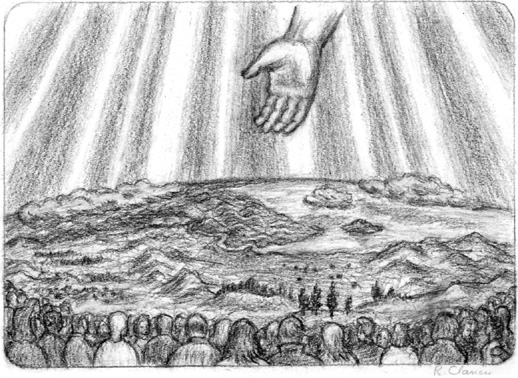 All that calculation would be needed, were it true that the earth belongs equally to everybody, and we determined to do something about it. A very clever Georgist professor who came to Sydney many years ago did do something about it. He had taken several situations and showed how equal shares could be made, factoring in intergenerational rights and what should be done to compensate those who got too small a share. As an intellectual exercise it was somewhat akin to a pianist playing Balakirev’s Islamey.

Yet, even if it is hard to deliver, the idea that the earth belongs to everybody certainly has more outward appeal than some few people owning the earth.

Certainly, Henry George believed that in 1879 when he wrote Progress and Poverty. In a chapter entitled “How Equal Rights to the Land May be Asserted and Secured” (Book VIII, Ch. 2). He wrote “We would satisfy the law of justice, we should meet all economic requirements, by at one stroke abolishing all private titles, declaring all land public property…”

It was in the neglected work A Perplexed Philosopher (1892) that George came to the conclusion that joint rights in land or public ownership was not the same as equal rights in land. There he wrote “For joint rights may be and often are unequal rights” (Pt 1 Ch. IV). How is that so? When there is joint ownership of something its disposition can quite legitimately be determined by a majority decision. In the case of land, therefore, if one insists that the land is owned by the public, it is very hard to deny that democratically elected bodies can do just about what they like with land.

For example, they might do quite bizarre things such as charge you for sleeping out in your back yard. These elected bodies might charge for the use of all land and not just for that which is above the margin. They might put a price on naturally occurring elements and forces such as water and minerals. They might call those charges rents – which, in one sense, is what they are.

In the Georgist Journal #114, Frank de Jong writes that global warming could be addressed “at zero cost to taxpayers” if we went about “untaxing jobs and business and up-taxing resource use, land values and the privilege of polluting.”

There is an objection to this, of course. If land values were fully “up-taxed” how is it possible to add charges for “resource use” and “the privilege of polluting” and still have “zero cost” to taxpayers? Surely, if you add to the cost of production like that you have ensured that producers’ wages fall short of the cost of the goods. We have then fallen short of one of the basic tenets of Georgism: that workers will enjoy the full fruits of their labour.

Yet it is all possible if the earth belongs to everyone equally. In other words, buying land itself is not a Georgist idea. Those with larger incomes are going to buy more of it. It is no use saying that the rest of us will be compensated by the revenue that is collected. That would only happen were what is collected distributed among those who got less. But that is not what happens to public revenue. Most of it is spent to benefit everyone.

All this is really anticipated by Henry George. In A Perplexed Philosopher (Pt. 1 Ch. V) he says of the view that naturally occurring elements and forces have (exchange) value “The slightest acquaintance with economic literature, the slightest attempt to analyse the meaning of the term (value), would have shown Mr. Spencer the preposterousness of this idea.” It should be enough to show the preposterousness of the idea to others as well.