In our efforts to get the word out on the HGI’s new book, we took advantage of the book-review services at featheredquill.com, which included the following perceptive interview with Lindy Davies. 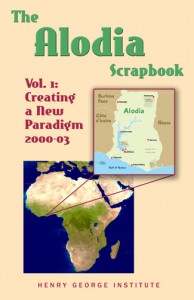 1) Recreating the economic principles of Georgism by utilizing the fictitious country of Alodia is a very interesting concept. Can you tell us about how you came up with the idea and how Alodia came to be?

The “Third World Debt Crisis” was — and still is — a devastating problem. It has much to do with the “race to the bottom” and the many complaints about globalization and its effects. Nobody else — as far as I know — has proposed any solution that could be effected independently by a poor debtor nation. All the other so-called remedies either have to do with austerity, “structural adjustment” programs that take resources from basic education, infrastructure and medicine (and how can they fight poverty on those terms?) or rely on charity It occurred to a few students of Georgist economics that the “single tax” could provide a workable remedy for the Alodias of the world.

2) The first step in General Akuopha’s economic reform was to “unilaterally cease making payments on its external debt.” He viewed outside loans from the IMF and its sister organization, the World Bank, as being detrimental to Alodians. Do you see this process as being a factor that impoverishes people in “real” life? If so, why do you feel it does?

There was a confluence of historical factors that left third-world nations in a bad cycle of dependency. Some may argue a grand “capitalist” design in this, but I’m just observing the results. In the 1970s, Arab nations had a lot of oil-boom surplus to loan. Developing countries were convinced, following standard “development” models, that borrowing for infrastructure (such as the Alo dam, an exact copy of Ghana’s Akosombo Dam) was a good idea for them. Unfortunately, a good deal of the borrowed money was squandered on cronyism, or paid for military hardware. Then, facing high inflation in the early 1980s, the Reagan administration increased interest rates very sharply. This was a disaster for the developing nations, most of whose development loans were contracted at variable interest rates. Now, it seems to me that the Reagan administration could have mandated a blanket forgiveness of those loans at the time, before they ballooned into monstrously unpayable burdens over the next two decades, but — they didn’t. Living standards and per-capita production declined sharply, from that point onward, in most of Sub-Saharan Africa and much of Latin America and East Asia. In return for the “favors” of debt restructuring and/or relief, developing nations had to accept the “structural adjustment” programs I mentioned. That created a vicious cycle that still goes on today.

3) Akuopha’s surprising military junta gently introduces the reader to Henry George, a political economist who introduced the land value tax or “single tax.” How were you introduced to his philosophy and what contributed to your sustained interest in Henry George and his work?

There’s a story there. To keep it as short as I can: Henry George’s political economy was once — during approximately four decades beginning in 1880— quite influential and popular. His Progress and Poverty was a runaway best-seller and George was a household name. A number of factors, including the first World War, the Great Depression and the rise of Facism, Communism and Keynesianism, shoved Georgist analysis out of the mainstream. But, a dogged group of teachers and activists kept George’s ideas alive. I was taught basic Georgist economics by one such zealot. I was an apprentice tree-surgeon for a while, and worked under a fellow named Mike Curtis, who brought out his charts and maps and taught the course to his crew for two weeks during our lunch hours. My sustained interest is basically predicated on the fact that, try – and study – as I might, I could find nothing wrong with Henry George’s basic analysis and remedy. If that’s the case, then it is a message that today’s world sorely needs to hear. (Also, I fell 30 feet out of a tree in 1985, broke quite a few bones, and had to shift my career goals.)

4) Even Mark Twain claimed that “The earth belongs to the people. I believe in the gospel of the Single Tax.” Most people have never even heard of this tax. Can you briefly explain it to your potential readers?

I’ll try. “How to do the elevator speech” has long been debated among Georgists. The role of government — the public sector — in a modern economy is an item of great controversy right about now. But, even the most strident Tea-Partier acknowledges the need for some public revenue.

So how do we get it? Conventional wisdom holds that since all taxes are bad, we should spread the burden around among every possible source of revenue. This leads, over time, through the political sausage-making process, to systems of taxation that are wasteful, inequitable — and deeply entrenched. But Henry George held that there is one ideal source of public revenue. The value of land isn’t created by the land’s owner, but by the entire community It increases along with the size of the population, and with the community’s need for revenue. And if it isn’t taken to fill the community’s needs for infrastructure and services, it will be taken nevertheless, by private landowners — and the community will then be compelled to place tax burdens on the workers and capital goods that actually produce the things we need. Henry George’s solution, the “single tax,” was to remove all taxes on production, income and sales — and collect the rental value of land for public revenue. This would lead to profound economic benefits and efficiencies, about which I could go on and on! I’ll tell your readers where to learn more about them.

5) In Sebastian Mallaby’s The World’s Banker: A Story of Failed States, Financial Crises, And the Wealth and Poverty of Nations, he states that the initial purpose of the bank was to reconstruct countries devastated by the ravages of W7WJI. It later went on to help countries such as the fictional Alodia to conquer poverty. Do you frel the IMF and the World Bank have failed in their mission? Could Geolibertarianism have worked better?

That’s a good question, and my answer here would have to be somewhat glib (but I’ll offer it anyway). I’d suggest, given the systems of taxation and land tenure that prevail under “capitalism” today, that their success was ultimately impossible. This would be so even in the best possible scenario, without the corruption and fraud. Let’s suppose the loan was used to provide rural highways, which led to improved mobility and increased production. It would also lead to drastically higher land values where the new roads intersected. Would the landowners’ windfalls be tapped to help repay the loans? Historically, this never happened. Instead, productive activity — particularly, sales and imports — were taxed to repay the loans. Even if the loans did increase economic output, a large portion of this increase was pocketed by landowners — whose economic and political power increased apace — and the nation as a whole got a zero-sum, or worse. Certainly, the policy of Geolibertarianism (as good a term as any) would have worked better, because it would have enabled the country to pay off the development loan out of the receipts of increased productivity, and then to equitably enjoy the benefits of economic development.

6) In The Alodia Scrapbook we meet a character, Monique Sassafras. She is an outspoken, right from the streets representative of the people. Would someone like this have a real role in governing a country that adopted Georgism philosophy or would its structure consist of what we now call career politicians?

The emergence of Monique was a fun part of our “collaborative” way of creating this story. I doubt that Akuopha and his team wanted to deal with her; they were not feminists, and didn’t seek market-woman input. But, she developed a public following, egged on by a number of shouting matches with Mr. Jobe, who had announced himself as a spokesman for the interim government. So, having announced (and practiced) a policy of 100% unlimited free speech, the Akuopha team was compelled to deal with Ms. Sassafras, or face a serious shellacking in the press. Giving her a place in the “inner sanctum” was the best way out of a sticky situation for them. But in terms of the broader question: what we’re proposing is first and foremost an economic policy, and in actual practice much would depend on local norms and mores. Henry George himself was certainly an egalitarian – for example, he was an outspoken supporter of women’s suffrage in the 1880s.

7) Would you prefer to live in a “single tax” society and why? How would it benefit you personally?

Absolutely! Personally, I am more interested in creative fulfillment and family time than in financial or material success. I would be happier to get by on a smaller income than the demands of taxes and mortgage payments compel me to seek. And I think a just and prosperous economic order would afford many more educational and cultural opportunities to my children. It would enrich rural and urban life alike.

8) The Alodia Scrapbook was a collaboration of sorts, with you doing the most of the writing. How long did it take to compile this fascinating montage and are you now in the process of working on a continuation? I’d really be interested in knowing which direction the Alodian people went. 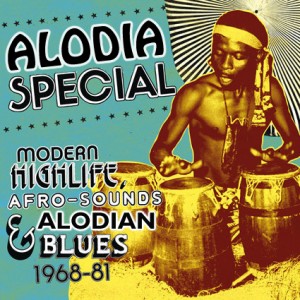 The initial telling of the story went on over a period of about a year and a half, but most of the action was composed during a core period of about four months. After the Henry George School in New York used an earlier version of the story in one of its classes, I added some material, such as the Rolling Stone article and the updates regarding 9/11. But alas! There’s no way we can realistically continue the story – not until it comes to pass in real life. This book was called “Volume I” out of an effort at verisimilitude, but the sequel can’t be written yet, because Alodia’s new direction, if continued, would have such a profound effect on its neighbors. We started to see some of that effect, in the wave of immigrants – the seasonal workers who never went back home, and who then invited their families to join them. My dearest hope is that a country that undertook the program that Alodia did would be the start of a virtuous “domino effect” that would transform the global economy in waves emanating from, of all places, those “basket case” deeply-indebted nations!

9) Briefly tell us about the Henry George Institute and the course work you have to offer to those who may be interested in learning more about economics?

The Institute, a not-for-profit organization, offers distance-learning courses, via the Internet and regular mail, in political economy. Our motto is “You CAN understand economics!” Our most enthusiastic students are those who perceive themselves truly abandoned by the established economic paradigms of both the “left” and the “right” — indeed, it was the enthusiasm of our many students in West Africa that motivated the Alodia exercise in the first place. Henry George himself noted that economics is, of all the sciences, most important for all citizens to understand, because its principles affect everyone’s lives. Following his lead, we offer courses that require no prior training or background, yet provide conceptual tools that allow people to make sense of today’s economic policy questions. Currently, we are undergoing a process of review to certify our courses for college transfer-credit recommendation; we hope to complete that during the coming year. Graduates of our program are now teaching eager students Nigeria’s Niger Delta region, and in Managua, Nicaragua.