This is a story of the ideas of an 18th Century Frenchman, A.R. Jacques Turgot. His bones are buried, like all, yet the ideas were born again, and again. They always will be, because they illumine and solve universal and ongoing economic and human concerns.

Anne-Robert Jacques Turgot was an outstanding public servant, economic philosopher and social reformer in 18th Century France. He first made his mark as Royally-appointed Intendant of the Limousin, encompassing Limoges, 1761-74. An Intendant enjoyed considerable latitude and autonomy, although few chose to use it as aggressively and constructively as Turgot did, for that was hard work and might interfere with traditional graft and sensual amusements. Limousin was a district of poor soils; most tenants were sharecroppers (metayers). Turgot observed the incentive structure closely, and later wrote on it concisely, anticipating by two centuries some findings of Gale Johnson and Steven Cheung. 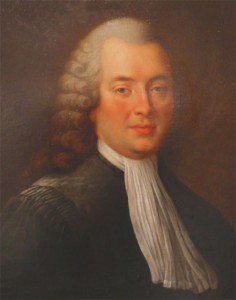 Turgot was a friend of Vincent de Gournay, prominent capitalist entrepreneur and sometime Intendant of Commerce for all of France. Thus Turgot learned to appreciate commerce and industry as well as agriculture. He was friendly with François Quesnay and his group called “Physiocrats,” but scouted their cult-like tendencies and their overemphasis on agriculture and other extractive industries. Turgot saw that industry and trade were also productive, and devoted himself to encouraging them.

In Limousin he abolished the mandatory corvée, (roadwork in lieu of taxation). He improved roads by other means — like taxing the lands they served. He was offered advancement to jurisdictions more favored by nature, but he conscientiously refused, in order to complete his reforms in Limousin. His results were impressive. Kaolin was found near Limoges, and its ceramics (Havilland China) grew famous. It is plausible and likely that Turgot’s economic reforms fostered the growth of this industry.

In 1774 the new King Louis XVI made Turgot Comptroller-General for all France. Turgot set about removing interprovincial trade barriers, which he perceived as a major barrier to French prosperity. He coined the term Laissez-faire (Laissez faire, laissez passer, le monde va de lui-même). There is a touch of Chinese Taoism in Turgot. He also set about reforming the tax system, subjecting the previously exempt lands of the 1st and 2nd Estates to forms of property taxation. This was in the spirit of the Age, the Age of Enlightenment (Science, Art and Letters, Philosophy), and Benevolent Despotism. It was appropriate for France, the most advanced and sophisticated nation of Europe, to lead the way.

These jolting changes set off alarm bells, however, among the leaders of the First and Second Estates. They epitomized their reaction in their notorious Rémonstrance against the six edicts of Turgot (1776), containing some of the most reactionary postulates imaginable, so as to seem today like a satire that a Swift or Voltaire might have forged to mock them. They enlisted the new Queen, Marie Antoinette, to their cause. King Louis XVI was filled with good intentions, but wilted under this pressure and replaced Turgot, first with Necker and then Calonne. These advanced token reforms but without the needed energy and conviction, for the Geocracy was strong, entrenched and self-righteous. Necker and Calonne thus simply paved the way to July 14, 1789. Turgot, meantime, retired to the country and died peacefully in 1781.

While Intendant of Limoges he published his Reflexions sur la Formation et la Distribution des Richesses (1766). This short, compact work contains much of the essential wisdom that Adam Smith soon was to popularize and expand with The Wealth of Nations (1776). Turgot stressed the important roles of capital, and free markets. He favored letting the market determine interest rates — not from dogma, but from observing the results of John Law’s ruination of French banking in 1720. He favored combating poverty by relieving the poor of taxes, while raising revenues instead from taxes on the value of land — including lands traditionally exempt or undertaxed. Smith visited France in 1766 and consulted extensively with Turgot, a man whose practical turn of mind made him a congenial tutor for Smith.

Of course, many of America’s “Founding Fathers” visited France around the same time, and learned from Turgot, Quesnay, and the sect that gathered around Dr. Quesnay who had been installed at Versailles as physician to Madame Pompadour, influential mistress to Louis XV. One could even consider this Frenchman to have himself been one of our Founding Fathers. The Commerce Clause of the US Constitution did for the new United States exactly what Turgot had tried to do for France: it guaranteed free trade among the states. For a long time it also prevented states from using excise taxes to raise revenue, forcing them back on the property tax, just as Turgot recommended for France. Some noted American visitors included Franklin, Jefferson, Paine, Madison, Monroe, Adams, and others. Growing American hostility to England meant growing friendship with France, and the American Revolution plus the ascendancy of Jefferson sealed a long Franco-American friendship and alliance.

It was also, of course, the Age of Reason, and the flowering of Enlightenment and Science. Turgot, like Quesnay, admired the work of William Harvey on the circulation of blood. Where Quesnay drew up his complex Tableau Economique (aka “Les Zig-zags” by ladies of The Court) Turgot simply wrote that investing is “the beneficial and fruitful circulation that animates all the work of society….” — thus capturing the basic idea of modern macroeconomics, in much simpler language than usually imposed on readers.

Smith’s Wealth of Nations, a relaxing chatty read full of history and examples, eclipsed the skeletal language of Turgot; Turgot’s Reflexions sank into relative obscurity. Smith, meantime, was forced to make Turgot’s points in much less direct language, dependent as he was on his patron, the Duke of Bucchleuch, one of the biggest, if not the biggest, landowner in Great Britain. Smith also depended on the friendship of “Champagne Charlie” Townshend, author of the “Intolerable Acts” and other excises that Britain sought to impose on the American colonies. By the time of our Revolution Turgot was dead and largely forgotten. Other Frenchmen like P.S. DuPont, Quesnay’s disciple, and LaFayette, a non-intellectual romantic, Albert Gallatin, a transportation planner, Audubon, an ornithologist, and even Jean LaFitte, a pirate, gained more renown in America. Alexis de Toqueville, a patronizing French aristocrat whose writings flattered Americans’ image of themselves, was very popular.

However the spirit of Turgot rose from the grave — call it Tod und Verklarung (Death and Transfiguration) — during the Progressive Era, in the work of Henry George. Like Turgot, George favored raising revenues by taxing the vast lands of “The Robber Barons” in order to relieve workers and merchants from taxation. George even dedicated one of his books, Protection or Free Trade (1886), to Turgot, and founded a movement that helped lower American tariffs and raise American property taxes and put more stress on the land portion of real estate tax valuations.

1917, however, was the high point of Turgot’s revival. The Great Red Scare succeeded in ending the Progressive Era in America. Since then property taxes have steadily fallen, step by step. Excise taxes, that Turgot hated so, have returned as state sales taxes, unknown before about 1931. A highly regressive payroll tax, equivalent to the old corvée, has become our largest Federal revenue source, overpowering the corporate income tax, the estate tax, and now even edging out the personal income tax, which is still at least slightly graduated nominally (but not really, if you allow for the 15% cap on capital gains and dividends, the total exemption of imputed property income, and the effective exclusion of most income from renting out real estate). America has become a Geocracy again, as much as France was under its Ancien Régime. That that may surprise many readers is a measure of how thoroughly property interests have captured and dominate modern media and higher education, too. If Turgot is to rise again, it will have to be the work of our generation and the next. Let us teach and work for a peaceful transition, as in The Progressive Era, unlike the French, Russian, Chinese, and other Revolutions when “ignorant armies clashed by night.”