Henry George likened the aggregate effects of land speculation to those of a cartel of landowners. What do cartels do? They control enough of a resource to affect price, and withhold part of the resource from use, or from its full and best use. Formal cartels do this consciously. Herbert Hoover called it “Associationism,” and fostered his “Associations” which he evidently thought were good for the economy and the country. FDR spent his first term sponsoring his National Recovery Association (NRA), with its Blue Eagle logo posted in every store window. Each logo bore the motto “We do our part,” meaning our part in upholding prices and avoiding competition while goods stayed glued to the shelves. For farm landowners (but not tenants or workers) there was the Agricultural Adjustment Administration (AAA), dedicated to retiring much of our best farmland from production and employment. A locomotive pulling just three cars and a caboose were a common sight then, while railroad freight rates and passenger fares were maintained at high levels. Cities and counties that foreclosed on millions of tax-delinquent land parcels held them in cold storage for years, to help support the market. Texas enforced a “prorate” on oil wells, limiting each well to pumping just 15 days or less a month. ALCOA monopolized aluminum by owning all the bauxite and holding it underground until wartime’s urgent need for aircraft forced the US Government to build up a competitor, Reynolds.

Rootless youths rode the boxcars (those that were moving), seeking jobs or a handout, even as today. Cartels are not good at making jobs. Henry George saw and wrote about hordes of tramps in the depression after 1873, and traced their problems to the same root: land held out of use — only then it was hard to blame organized cartels. How can there be too little land, he asked, in a nation with more and better land per capita than any nation in history? How can the free market fail to allocate land to better, more intensive uses when people seek work, and demand more food, clothes, and shelter?

What about that wonderful free market Chicago-Schoolers crow about? George reasoned that there must be some basic flaw in the land market that makes it produce cartel-like results. He called this immanent presence “land speculation.” Today, “land speculation” can mean several different things. Land lasts forever, so even to forecast a constant future stream of rents and discount rates is speculative. George, however, clearly uses “speculation” to mean buying and holding land for the rise, whether for future resale or re-use or collateral or estate-building; that is the meaning I use here.

George never learned the basic algebra of finance. He had the mind for it, demonstrated for example in his demolition of M.I.T. President Francis A. Walker in their celebrated debate over how to measure the concentration of farmland. He anticipated what are now named the Lorenz Curve and the Gini Ratio, after scholars who formalized his insights. But he did not move beyond words and similes into algebraic formulae. It is true that today’s academics clothe themselves in pretentious formulae to hide their naked brains; yet it is also true that a few good formulae outlast the exciting oratory that evoked them. Few understand Einstein, for example, but many can recite E=MC2. Let us, therefore, translate George’s “land speculation” into some of the basic algebra of finance, not to hide but to clarify.

Our mentors weaned us on V= a/i, where V is land value, “a” is annual rent, and “i” is the interest rate. It’s a good start, but deceptively simple. Here are its hidden assumptions:

To handle infinite time, and relate it to the present, I will divide it into two parts:

Land Value (V) comes from both parts of the infinite future, “a” and “b”.

The present value of part (a) is the Discounted Cash Flow (DCF) of “a” over 30 years. There is a compact formula for DCF:

The right side of the above is the Discounted Cash Flow Factor (DCFF). It converts a 30-year flow of rents into the equivalent “point” value at time 0. (Point values are also called “lump-sum” values.)

The left side of the above equation is often called, in the stock market, “the P/e ratio,” but the name deceives, even as it clarifies: it includes rent among “earnings,” disguising the unearned nature of rent. In London real estate it is “the year’s purchase;” in Turgot’s French it was le denier. I will call it just the Price/rent ratio.

As to Part b, let us begin by valuing it at its beginning point, after year 30. At this point it still has a future life of ∞ even though “a” has used the first 30 years. A remarkable quality of ∞ is that you can use 30 years of it, or any finite number of years, without deleting the remainder at all. The DCF of Part “b” as of year 30 is therefore simply b/i. To find the value at time 0, simply apply the discount factor for a point value, and the net result is:

To compete in the market for buying title to land, therefore, one must have access to long term funds at low interest rates. Call this “Financial Power” or “Waiting Power.” This is what makes expectations “great.” It is not so much that b>a — it might be the same, or less. It is rather that the DCF of the “b” values looms so much higher to people with Waiting Power than to those without it.

The table at right gives a numerical example. It compares the present value, as seen by two different individuals, of the two components of land’s present value at time 0. One person, we’ll call him “Scrooge,” is a retired banker with access to rich long-term funds at an effective interest rate of 3%. The other, we’ll call “Cratchit,” would have to pay 10% for such funds. To keep it simple, we’ll ignore Scrooge’s other advantages over Cratchit in terms and incidents of loans, weighty though they are in practice. Just remember Schikele’s universal truth at the head of this essay: “The basis of allocating loans is not marginal productivity but collateral security.” Credit is not like water that seeks its own level; rather, it flows uphill, so credit rationing, once initiated, concentrates Financial Power more and more. This is why landowner-speculators, as a group, act like a cartel.

The far-right column shows that Scrooge can bid 23.9 times what Cratchit can bid for the speculative element in land values. This wide disparity is why the land market is so flawed, and speculators, Scrooge-like, choose to withhold so much land from the Cratchits of this world.

Bankers, other lenders, and their apologists say that the Cratchits simply must pay a risk premium to even things out, because of their bad credit ratings and poor records of repaying loans. Their apologists, including most professional economists, generally agree. They are viewing the world from the side of the lender class, who butter their bread. From the side of the Cratchit class, however, each individual is penalized for being poor, and especially and most acutely penalized in the effort to buy land from speculators who preempt more than they need, or will ever need. For, as Tolstoy had the Indian chief observe, each of us before long will need only 6’ x 3’. 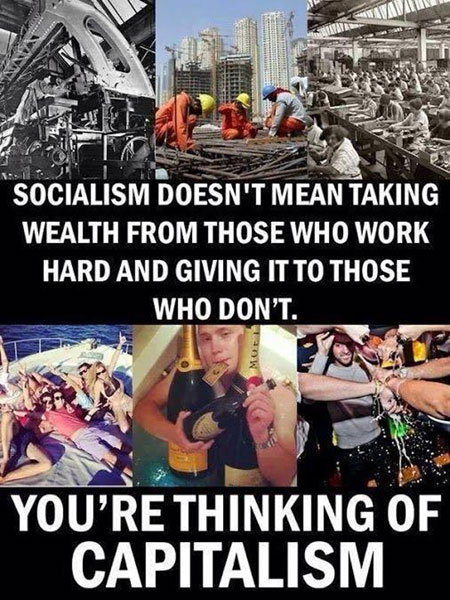 It is altogether remarkable, in these straitened and inequitable times, that land value tax is not at the heart of the current political debate. Perhaps it is a sign of how powerful the rent-seeking class in Britain has become. While the silence surrounding this obvious solution exposes Labour’s limitations, it also exposes the contradiction at heart of the Conservative Party. The Conservatives claim, in David Cameron’s words, to be “the party of enterprise”. But those who benefit most from its policies are those who are rich already. It is, in reality, the party of rent. This is where the debate about workers and shirkers, strivers and skivers should have led. The skivers and shirkers sucking the money out of your pockets are not the recipients of social security demonised by the Daily Mail and the Conservative Party, the overwhelming majority of whom are honest claimants. We are being parasitised from above, not below, and the tax system should reflect this. — George Monbiot