In Thomas Piketty’s doomsday model, slowing of growth in the twenty-first century will cause an inexorable increase in inequality. Piketty is not the first to propose a grand model of inequality and growth. To get some perspective on his model, let’s take a brief look at what the “classical” economists had to say, and how the “neoclassical” economists responded.

The Classical Economists on Inequality and Growth

The first generation of “classical” economists, notably Francois Quesnay (1694-1774) in France and Adam Smith (1723-1790) in England, knew perfectly well where inequality came from. It was simply a fact of life that most land and other natural resources belonged to a small hereditary nobility. In England, some 2% of the population owned most of the land. This nobility, or their ancestors, gained their estates by force, favoritism, or fraud: that is, conquest, gifts from the king, or bribes to magistrates.

The classical economists recognized that landowners, large and small, received unearned income (“rent”) for the mere fact of holding titles protected by the state. Besides the landowners, these economists identified two other social classes: capitalists who received profit by investing or interest by lending, and workers who received wages. (Of course they recognized that the classes overlapped; successful capitalists soon bought land or married their daughters to landowners.)

Smith, witness to the English industrial revolution, proposed the first coherent theory of economic growth. At the start of his Wealth of Nations (1776), he explains how production increases dramatically when workers cooperate and specialize. This can happen both within an enterprise — he gives an example of a “pin factory” — and through market exchange. Hence both increased population density and improved trade will generate economic growth. That’s why Smith, like Quesnay, advocated free trade, both domestic and international. They opposed government-granted monopolies, such as exclusive trading privileges given to the British East India Company. They also advocated shifting taxes off of activities such as transport and sale of merchandise and onto rent, by taxing land values — what Smith termed the “most equitable” of taxes.

Smith observed that growth was already improving workers’ living standards, as well as undermining the elite landholders. So in his view, growth reduced inequality.

The next generation of classical economists brought new and more dramatic perspectives to growth and inequality.

Thomas Malthus (1776-1834) claimed that workers’ wages would forever remain at “subsistence” due to their alleged propensity to breed faster than food production could increase. Therefore, efforts to feed or otherwise assist the poor were actually counterproductive. By this logic, growth increased inequality, because the bottom remained stuck. This view pleased the elite, but it would have horrified the humane Adam Smith.

David Ricardo (1772-1823), Malthus’s contemporary and friend, proposed a “marginal” theory to explain the magnitude of land rent. The rent of a given parcel of land depends, he said, on its superiority to land barely worth using, that is, “marginal” land. Ricardo’s rent theory led him to propose a doomsday model even more frightening than Piketty’s. As population grows, he said, the economy must expand onto lower and lower quality land — and more and more of the economy’s production will go to landowners as rent. Eventually the landowners will take so much that there won’t be enough to provide even starvation wages to workers or minimal profits to capitalists. Only improved technology and gains from trade can stave off collapse. Hence, Ricardo vigorously advocated free trade.

In the final generation of classical economists, Karl Marx and Henry George attacked inequality with enough force to provoke a powerful backlash.

Karl Marx rejected Malthus’s wage theory. He focused on exploitation of workers by capitalists, among whom he now included landlords. However, like Ricardo, he predicted that growing inequality would lead eventually to a collapse of the capitalist system, and its replacement by a new socialist society. In effect, Marx said growth increases inequality, leading to revolution followed by equality.

Henry George’s bestseller Progress and Poverty (1879) added a vital twist to Adam Smith’s theory of growth. Yes, growth results from cooperation and specialization, and the larger the population and the greater the “extent of the market,” the greater the potential for growth. But also, the more equal the people, the greater their ability to cooperate. In George’s words: “association in equality is the law of progress.” 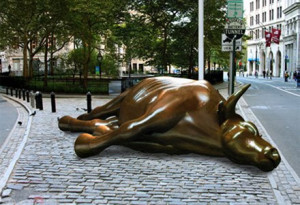 Marx saw history as progressing by action and reaction toward the inevitable overthrow of capitalism. By contrast, George combined his modified growth theory with Ricardo’s inequality theory to argue that progress carries the seeds of its own destruction: A fortunately-situated, relatively egalitarian society may begin to grow and prosper, expanding and attracting population. However this growth primarily benefits the holders of key parcels of land — such as parcels on the waterfront of port cities. As the economy grows, so does inequality. A wealthy, corrupt elite increasingly controls government. Eventually, the society collapses, or becomes so weak as to fall to invaders. George feared this fate would soon befall the United States.

Unlike his classical predecessors, George turned land taxation into a major and partially successful political crusade, not only in the United States, but in other countries, notably England and its colonies in Canada, Australia, New Zealand, South Africa and Hong Kong.

Marx and George — and the huge political movements they inspired — scared the pants off the elites of Europe and the United States. The classical focus on inequality and unearned income had to be “disappeared” from economics. That became the purpose of “neoclassical” economics.

Mason Gaffney has shown (1) how many individuals helped construct neoclassical economics, often with financial support from the robber barons and their successors. I will focus on two: in the United States, John Bates Clark (1847-1938), and in Europe, Vilfredo Pareto (1848 to 1923).

John Bates Clark of Columbia University, for whom is named the prestigious John Bates Clark Medal, transformed economics into an inequality-free abstraction. Writing in the 1890’s, Clark effectively obliterated the classical understanding of land by merging land into physical capital. In the new neoclassical world, capital (including land) originates solely from productive investment. There is no unearned “rent,” only legitimate “profit.” (Ironically, Marx merged rent into profit because he considered both illegitimate.)

Clark reduced economics to only two “factors of production,” capital and labor. In his model, “supply and demand” in a free market ensure that both capital and labor earns its “marginal product” — defined as its fair, efficient contribution of the final amount supplied. Clark writes, “the share of wealth that falls to any producing agent tends, under natural law, to equal the amount that he creates. A man’s pay tends to equal the value of the product or fraction of a product that can be specifically imputed to him.” (2) So much for any claim that laborers are exploited!

Clark also eliminated time, giving us the familiar time-less, space-less, context-less world of Econ 101. Without time, however, there can be no history, and no questioning the justice of property ownership, or the legitimacy of institutions.

Neoclassical economics in the United States followed Clark, to the extent that the future Clark Medal and Swedish Bank “Nobel” prize winner Robert Solow could joke in 1955 that “…if God had meant there to be more than two factors of production, He would have made it easier for us to draw three dimensional diagrams.” (3)

Meanwhile, over in Europe, Italian nobleman Vilfredo Pareto made two key contributions to the emerging neoclassical paradigm. First, he estimated that 80% of the land in Italy belonged to 20% of the population, from which he concluded that inequality follows a natural law: the 80:20 rule, with which we shouldn’t tamper. More famously, he developed the policy rule known as “Pareto improvement.” Pareto improvement holds that we should undertake no policy changes unless they make at least one person better off and no one worse off. Sounds fair and reasonable, doesn’t it? By that logic we should have paid the slaveholders in full after the Civil War! By that logic once having cut taxes on the rich, we cannot raise them again! The status quo rules, no matter how cruel or illogical the route that got us there.

Under the new neoclassical regime, mathematical models proliferated like kudzu vines, their very complexity keeping them safely obscure. Few are more famous (among economists) than Robert Solow’s 1956 simple two-factor growth model. Assuming a world of uniform depreciating physical capital (implicitly ignoring land, which does not depreciate) and uniform quality labor, Solow’s model predicts that economies will grow towards a steady state where depreciation just equals new investment. And because the richer you are the slower you grow, poorer economies and poorer people within economies will catch up. Solow’s model is cute as a button — but its extreme abstractness has far less explanatory power than Adam Smith’s common sense model, which explained growth in terms of cooperation and specialization.

Piketty defines capital to include all forms of private property, including land. Returns to capital thus include profits, dividends, interest, rents – everything but wages, it seems; and the denominator of the rate of return, r, must include all forms of private property. This seems to open the door to all kinds of double-counting, both in numerator and denominator, leaving us with a ratio whose meaning is complex and unknowable. As to public capital, Piketty says little, presumably because it is not valued in any private market, as required by his definition. Thus infrastructure, and social overhead capital, are missing from his work. — Mason Gaffney

Almost sixty years later, Thomas Piketty has taken Solow’s model and added his own twist. In Solow’s model, the poor catch up to the rich. In Piketty’s model, the modern decline in growth does not affect investment. Consequently, now that return to capital investment exceeds the rate of growth, inequality must inexorably increase. This model, he says, determines the fate of the twenty-first century.

Critics have torn into Piketty’s model — including some, like James Galbraith, who still give Piketty kudos for stirring up debate. In my view, Piketty’s and Solow’s models are both fundamentally flawed in that they rest on the same ahistorical, apolitical, two-factor foundation. As the classical economists understood, inequality derives from power, ultimately the power of conquerors to extract tribute from the conquered. And as the Progressives, the New Dealers, and the civil rights activists have demonstrated, democratic societies can counter that power with well-designed tax and regulatory policies supported by an aroused public. We are not prisoners of a mathematical model.