Brexit has caused outrage among the established commentators of the Gruaniad, but they are all missing the point and only have themselves to blame. A bold and unfair accusation? Hear me out. I shall explain why I accuse some of the best educated and most thoughtful social commentators on politics and the environment. I voted Remain — but I also have serious reservations about Europe, and now want the Left, Liberal and caring Conservatives to own up to their mistakes and fix them, fast. If we do not, the ugly rise of fascism and environmental collapse is a real possibility.

I liken my message to the pleas of Tolstoy to Tsarist Russia, Michael Flürscheim to the German Imperium or Churchill and Lloyd-George to the British Empire. Only a Land Value Tax can save us from the populus turning to extremism — or the elites turning to conflict and war. 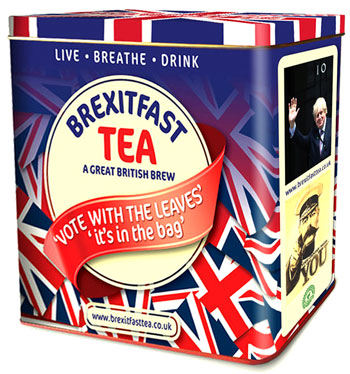 After reading the Guardian columns by Damian Carrington (6/24) and Poly Toynbee (6/25), I am writing to accuse them both of being at the centre of why this country voted for Brexit. Their ill-informed opinions create the very thing they campaign against: the rise of the far right, growing social inequality, environmental destruction and the propensity to wage war for resources and power.

The problem with leaders is they want be seen to be a ‘leader’ and be responsible for solutions, enacted by rule and law, when what we really need are policies that create the incentives, the very legal and economic topology, for everyone to be rewarded for being a caring neighbour, hardworking risk-taker and steward of our natural heritage. Actions that destroy the environment, rob people of jobs and stop us looking after others should be penalised, not rewarded.

But, under our current economic rules, we are disadvantaged when we do charitable work, and our wages are cut when we welcome asylum seekers and immigrants — yet one can become an instant millionaire by exploiting natural resources or planning permission to build a house on land we own. The incentives are all wrong. None of the political establishment are ready to tackle the vested interests that benefit from this system or acknowledge the poor who are suffering because of it.

If I discuss this with my working-class family members they are outraged because they see me as a lefty. To them the Guardian readers are the very manifestation of hypocrisy and privilege, wanting lower wages for their plumbers and nannies, while at the same time wanting their houses to rise in value!

The working classes are rightly skeptical of their silly solutions of taxing workers to provide social services to counteract the effects of immigration.

Leo Tolstoy understood that land value tax had the solution to the rising tensions in pre-revolutionary Russia — and he pleaded with the nobility and the Tsar’s chief advisors to implement this policy in a letter to Prince L. D. Urusov: “If the new Tsar [Nicholas II] would ask me what I would advise him to do, I would say to him: use your autocratic power to abolish the land property in Russia and to introduce the Land Value Tax system; and then give up your power and [grant] the people a liberal constitution.”

Tolstoy said in another letter, which foretold the calamity of revolution and the rise of extremists:

People do not argue with the teaching of Henry George, they simply do not know it. … He who becomes acquainted with it cannot but agree.

Of all indispensable alterations of the forms of social life there is in the life of the world one which is most ripe…. The method of solving the land problem has been elaborated by Henry George to a degree of perfection that under the existing state organisation and compulsory taxation, it is impossible to invent any better, more just, practical and peaceful solution.

Quite difficult matters can be explained even to a slow-witted man, if only he has not already adopted a wrong opinion about them; but the simplest things cannot be made clear even to a very intelligent man if he is firmly persuaded that he already knows, and knows indubitably, the truth of the matter under consideration.

The working classes do not want handouts. They do not want welfare. What they want is that their labour is valued and the cost of living is affordable. This is the fundamental message we are getting from Brexit campaigners across Europe — and the rise of Donald Trump in the states. But, because our political & social leadership has failed us so badly, the frightened working classes are running into the arms of demagogues like Trump, Farage, Le Pen and Geert Wilders, just as they ran into the clutches of Lenin, Stalin, Hitler and Mussolini when wages stagnated, and a financial system, based on leveraging land prices, spectacularly collapsed. 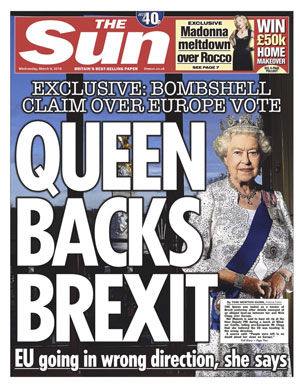 The only logical way to do this is to make charges and put taxes on the use and abuse of land and the natural environment. If we do, people will seek new ways to increase the efficiency of land use, leaving land for nature. It will incentivise business and people to pollute less and find new ways to protect the environment: they will financially benefit from doing so.

Those in our political establishment extol the benefits of immigration, rejoice in economic growth and welcome ever-increasing house prices. Meanwhile, they rob the poor and funnel money into the pockets of the wealthy and privileged, irrespective of their political affiliations.

The solution to what caused people to reject immigration and to vote for leaving Europe is to reclaim economic rents as our tax base. This will take taxes off of those who work — and fulfil the stated objectives of all our main political parties.

The swivel-eyed loons lead by George Galloway, Nigel Farage and Boris Johnson have captured a fundamental truth that no one wishes to mention: immigration really does push down wages for the poorest — not by “stealing their jobs” but by improving the economy, thus forcing up the cost of housing. The benefits go to the landowners. Letting these demagogues capture public support is an extreme betrayal of our established politics. The stupidity and lazy intellectual opinions of our elites could lead us to the calamity of a rise of fascism and an acceleration of environmental collapse.

If you are a progressive socially minded person who welcomes helping others and protecting our environment, you better start advocating Land Value Taxes — and the elites need to own up to their selfish motivation protecting their privilege.

One thought on “BREXIT: Why Land Value Tax Can Stop Fascists & Save the Planet”