In the 2016 US primary elections, many voters, unhappy with the social conditions, favored candidates who, with bombast, promise to bring back or push forward to greatness, equality, and prosperity. That so many are dissatisfied speaks badly for the current officials and policies, which had offered hope and change. While much attention is being focused on the candidates, the voting, and the political horse race, almost nobody is stepping back and taking a wide view of the whole corrupted and unfixable system of mass democracy. END_OF_DOCUMENT_TOKEN_TO_BE_REPLACED

Globalization is the reduction, and ultimately the elimination, of barriers to movements across country boundaries, so they become more like movements within a country. Movements include imports and exports of goods, inflows and outflows of money and financial securities, the movement of people for migration and travel, the transmission of radio signals, and access to Internet web sites across national boundaries. END_OF_DOCUMENT_TOKEN_TO_BE_REPLACED

There is a false doctrine about money and loans that has infected many otherwise enlightened and progressive thinkers: the ever-expanding debt-money fallacy.

The false proposition is that loans require an expansion of money, because the borrower has to pay back the loan and also pay interest, so more money has to be created, to enable the borrower to have the extra money for the interest.

The money used for the loan and repayment is only the form of the loan. The substance of the loan is goods, including services. In economic substance, given that the income of Charles comes from his wage, Charles is trading some of his wage for the travel service. By borrowing for the trip, Charles increased his present-day consumption in exchange for reducing his future consumption by the amount of the loan’s principal plus interest. Since Charles’s wage is his contribution to production, in economic substance, Charles is exchanging some of the goods he produces for the travel service, and to pay interest, more of the goods he produces will be traded and tendered to the lender.

This same process would occur in a barter system or with pure commodity money that cannot be expanded. Charles trades goods he produces for other goods, and when he borrows, he simply pays more of the goods he produces for the borrowed good that he gets. The extra payment is in exchange for the service of shifting the purchase from the future to the present day, and he willingly pays this extra amount, because of his time preference — wanting goods sooner rather than later. 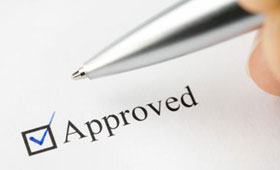 No new money is needed for Charles to pay the loan plus interest. The payment comes from the reduction in his future consumption, as the loan shifts $100 of consumption from the borrower to the lender. The lender will consume $100 more while Charles consumes $100 less.

Now consider loans for investment, such as constructing a building, producing machines, or increasing the inventory of a company’s goods. Suppose the Kapigood company borrows $2000 to purchase machines that will make the company more productive in the future. Those capital goods that are produced by the company selling them are an economic investment.

Now Kapigood must pay back the $2000 plus $100 interest. From where will come the money? The money will come from the future sale of goods. And from where will come the extra $100 of interest? The new and better machines will enable Kapigood to produce more goods than before with the same amount of labor, and the extra sales will generate the funds by which to pay the interest, and if the investment is as productive as expected, the revenue from the extra sales will be greater than the cost of the investment, including the interest cost, so the investment will increase the firm’s profits.

What if the money supply of the economy is not expanded? Where will the money to pay back the loan come from?

But what about the $100 of interest? How, in general, will interest for investment get paid back, if the money supply does not increase?

The Kapigood company can pay the interest because it will have more sales in the future, and people can buy more goods with the same amount of money, because the purchasing power of the money has increased. 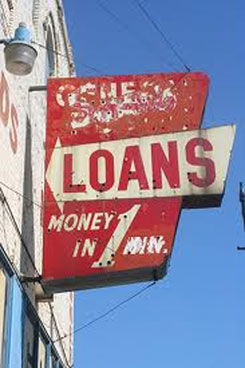 In a pure market economy, with free-market banking, what could and usually would happen is that with greater output and more transactions, people want to hold more money, so the banks would expand the supply of money substitutes — bank notes and deposits — by the extra amount folks want to hold, by loaning out that extra amount for investments. If the real money is gold, then bank notes are money substitutes, and can be expanded if folks want to hold more.

So if output rises by three percent, and people want to hold three percent more funds after one year, the money supply would increase by the three percent. The banks do not expand the money just because there are more loans. The banks expand the money supply (by increasing the quantity of money substitutes) because the demand to hold money goes up. The expansion then takes the form of more loans. In a pure market, the banks cannot force people to hold money they would rather not hold.

So given a greater demand for money, then loans for investment, which increase the future supply of goods, are accompanied by a proportionally greater amount of money, not for the purpose of paying the interest, but to accommodate the greater public demand for money.

So loans for investment do not require a greater amount of money, since the price level will fall if the money supply is unchanged. But there will most likely be a greater amount of money, since the ratio of money to goods is usually stable, so more money will be wanted to pay for more goods. Then with the proportional increase in the money supply, inflation will be zero.

The borrower for investment does not care whether there is deflation. If prices fall, then he gets less for his output, but pays less for his inputs. His profit is not affected. With deflation, the nominal rate of interest falls, so he pays back $102 rather than the $103 he would pay with zero inflation.

The ever-expanding debt-money fallacy comes from superficial thinking, from not understanding economics. Those who believe the doctrine are looking at the superficial appearance — the borrower pays back more than he borrows — and do not understand the underlying reality, that the consumption borrower pays back by reducing future consumption, and the investment borrower pays back from the greater future output. That greater output does not require greater money, since more goods can be purchased if they are cheaper, but a greater supply of goods usually generates a greater demand to hold money, which with free banking is accommodated by the expansion of money by that amount.

Those who still believe in the ever-expanding debt-money fallacy are now challenged either to change their belief, or else rebut the argument above.

In physics, a “unified field theory” is a comprehensive explanation of all I physical forces, including gravity; electromagnetism, and atomic quantities in space-time. END_OF_DOCUMENT_TOKEN_TO_BE_REPLACED

The way Henry George defined “interest” in Progress and Poverty, Book III, Chapter 3, and in other works, is quite different from how the term has been used in economics and by most people in the 20th and 21st centuries. END_OF_DOCUMENT_TOKEN_TO_BE_REPLACED

Israel is the only state whose existence has been under continuous denial and attack. Since its independence, the State of Israel has had to defend its borders against external invasion. END_OF_DOCUMENT_TOKEN_TO_BE_REPLACED

END_OF_DOCUMENT_TOKEN_TO_BE_REPLACED

In its April/May 2008 publication “Current Issues in Economics and Finance: Second District Highlights,” the Federal Reserve Bank of New York presents a study by Andrew Haughwout, James Orr, and David Bedoll on “The Price of Land in the New York Metropolitan Area.” END_OF_DOCUMENT_TOKEN_TO_BE_REPLACED

The $700 billion mortgage bailout has been enacted, but unemployment is rising as many businesses cannot obtain the credit needed for their operations. I offer the following plan for a quick economic recovery, although the probability of it being considered by the administration is barely above absolute zero: END_OF_DOCUMENT_TOKEN_TO_BE_REPLACED

The gross domestic product of the United States fell sharply in the first three months of 2009, but shows signs that the recession is decelerating. The national income account published by the Bureau of Economic Analysis put US GDP at $14.075 billion (thousand million) END_OF_DOCUMENT_TOKEN_TO_BE_REPLACED